The quickest and easiest way to go from analysis...

Scikit-plot is the result of an unartistic data scientist's dreadful realization that visualization is one of the most crucial components in the data science process, not just a mere afterthought.

Gaining insights is simply a lot easier when you're looking at a colored heatmap of a confusion matrix complete with class labels rather than a single-line dump of numbers enclosed in brackets. Besides, if you ever need to present your results to someone (virtually any time anybody hires you to do data science), you show them visualizations, not a bunch of numbers in Excel.

That said, there are a number of visualizations that frequently pop up in machine learning. Scikit-plot is a humble attempt to provide aesthetically-challenged programmers (such as myself) the opportunity to generate quick and beautiful graphs and plots with as little boilerplate as possible.

Okay then, prove it. Show us an example.

Say we use Naive Bayes in multi-class classification and decide we want to visualize the results of a common classification metric, the Area under the Receiver Operating Characteristic curve. Since the ROC is only valid in binary classification, we want to show the respective ROC of each class if it were the positive class. As an added bonus, let's show the micro-averaged and macro-averaged curve in the plot as well.

Let's use scikit-plot with the sample digits dataset from scikit-learn. 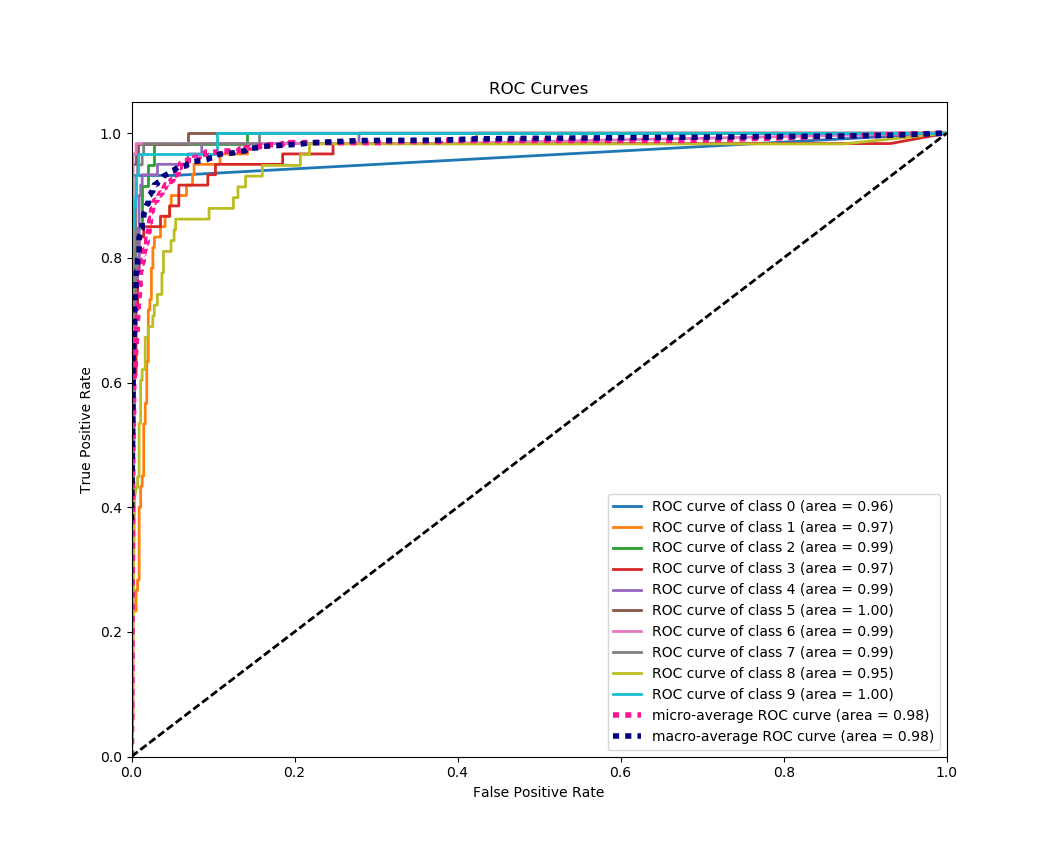 And... That's it. Encaptured in that small example is the entire philosophy of Scikit-plot: single line functions for detailed visualization. You simply browse the plots available in the documentation, and call the function with the necessary arguments. Scikit-plot tries to stay out of your way as much as possible. No unnecessary bells and whistles. And when you do need the bells and whistles, each function offers a myriad of parameters for customizing various elements in your plots.

Finally, compare and view the non-scikit-plot way of plotting the multi-class ROC curve. Which one would you rather do?

Although Scikit-plot is loosely based around the scikit-learn interface, you don't actually need Scikit-learn objects to use the available functions. As long as you provide the functions what they're asking for, they'll happily draw the plots for you.

Here's a quick example to generate the precision-recall curves of a Keras classifier on a sample dataset. 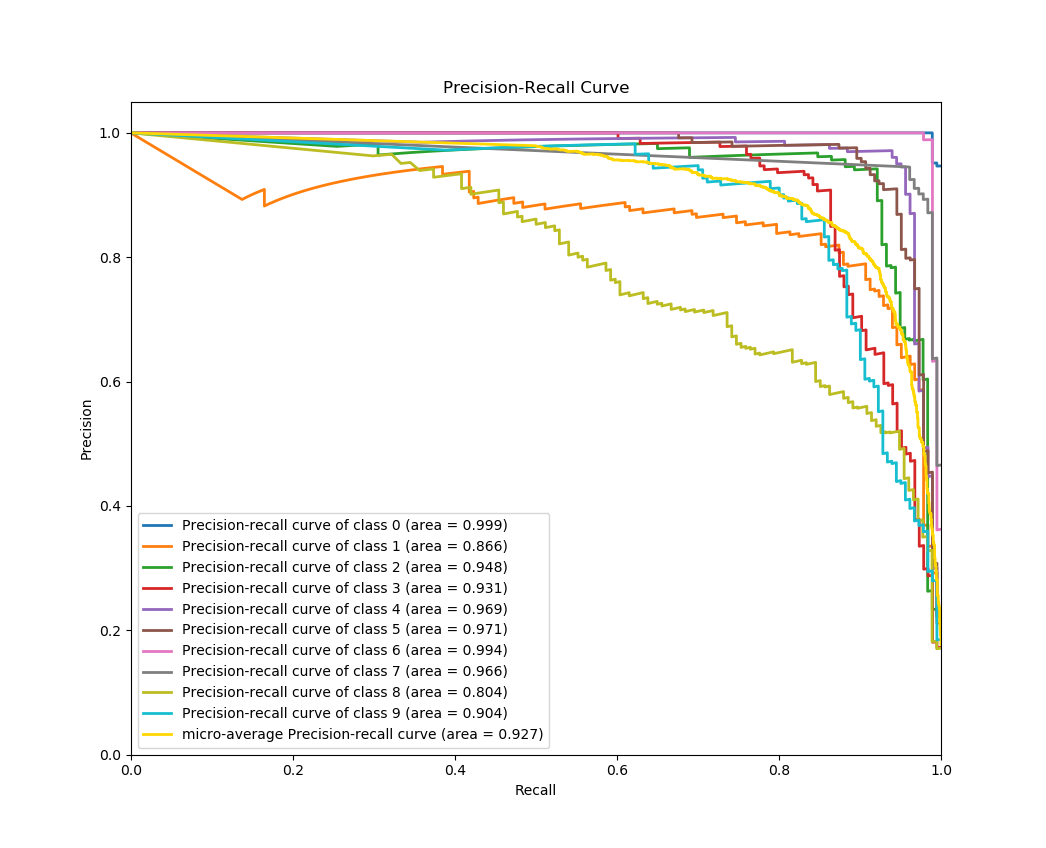 You can see clearly here that skplt.metrics.plot_precision_recall_curve needs only the ground truth y-values and the predicted probabilities to generate the plot. This lets you use anything you want as the classifier, from Keras NNs to NLTK Naive Bayes to that groundbreaking classifier algorithm you just wrote.

The possibilities are endless.

Installation is simple! First, make sure you have the dependencies Scikit-learn and Matplotlib installed.

Or if you want the latest development version, clone this repo and run

at the root folder.

If using conda, you can install Scikit-plot by running:

Explore the full features of Scikit-plot.

You can find detailed documentation here.

Examples are found in the examples folder of this repo.