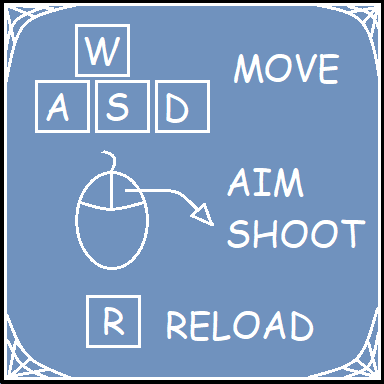 Each level has a corresponding amount of small enemies. These enemies are randomly generated outside the screen and slowly move towards the player.

After the ninth level, a boss descends from above the screen shooting laser beams from his four eyes and mouths, moving non-stop untill the player is eliminated. If the player is able to destroy the boss, the player wins the game.