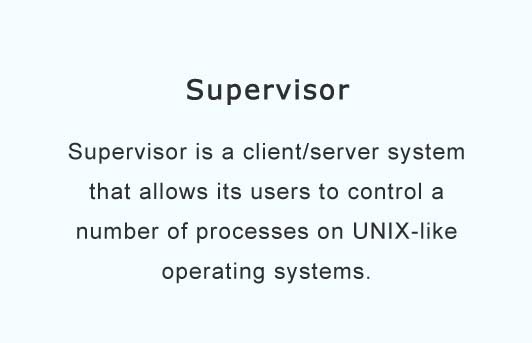 Supervisor is a client/server system that allows its users to control a number of processes on UNIX-like operating systems.

Supervisor will not run at all under any version of Windows.

Supervisor is intended to work on Python 3 version 3.4 or later and on Python 2 version 2.7.

It lets you visualize what your Python program is spending time on without restarting the program or modifying the code in any way.

The purpose of molior is to build Debian packages out of git repositories based on a mirror of a specific Debian version and therefore creating repeatable builds.