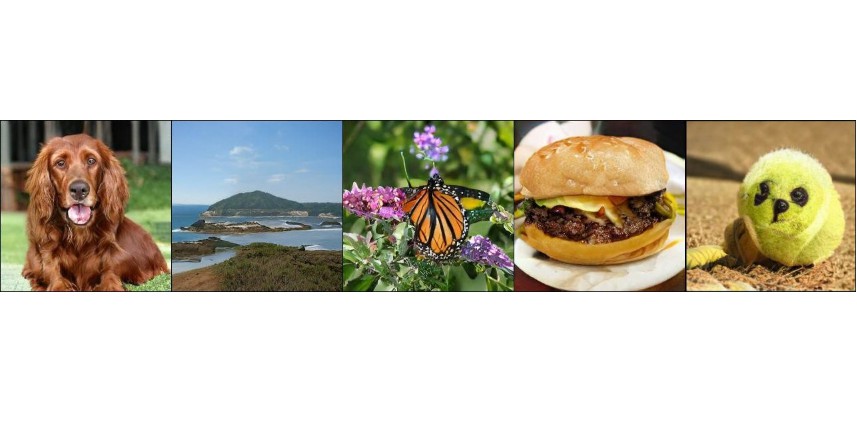 This code is by Andy Brock and Alex Andonian.

How To Use This Code

First, you may optionally prepare a pre-processed HDF5 version of your target dataset for faster I/O. Following this (or not), you'll need the Inception moments needed to calculate FID. These can both be done by modifying and running

Which by default assumes your ImageNet training set is downloaded into the root folder data in this directory, and will prepare the cached HDF5 at 128x128 pixel resolution.

In the scripts folder, there are multiple bash scripts which will train BigGANs with different batch sizes. This code assumes you do not have access to a full TPU pod, and accordingly
spoofs mega-batches by using gradient accumulation (averaging grads over multiple minibatches, and only taking an optimizer step after N accumulations). By default, the launch_BigGAN_bs256x8.sh script trains a
full-sized BigGAN model with a batch size of 256 and 8 gradient accumulations, for a total batch size of 2048. On 8xV100 with full-precision training (no Tensor cores), this script takes 15 days to train to 150k iterations.

You will first need to figure out the maximum batch size your setup can support. The pre-trained models provided here were trained on 8xV100 (16GB VRAM each) which can support slightly more than the BS256 used by default.
Once you've determined this, you should modify the script so that the batch size times the number of gradient accumulations is equal to your desired total batch size (BigGAN defaults to 2048).

Note also that this script uses the --load_in_mem arg, which loads the entire (~64GB) I128.hdf5 file into RAM for faster data loading. If you don't have enough RAM to support this (probably 96GB+), remove this argument.

During training, this script will output logs with training metrics and test metrics, will save multiple copies (2 most recent and 5 highest-scoring) of the model weights/optimizer params, and will produce samples and interpolations every time it saves weights.
The logs folder contains scripts to process these logs and plot the results using MATLAB (sorry not sorry).

After training, one can use sample.py to produce additional samples and interpolations, test with different truncation values, batch sizes, number of standing stat accumulations, etc. See the sample_BigGAN_bs256x8.sh script for an example.

By default, everything is saved to weights/samples/logs/data folders which are assumed to be in the same folder as this repo.
You can point all of these to a different base folder using the --base_root argument, or pick specific locations for each of these with their respective arguments (e.g. --logs_root).

We include scripts to run BigGAN-deep, but we have not fully trained a model using them, so consider them untested. Additionally, we include scripts to run a model on CIFAR, and to run SA-GAN (with EMA) and SN-GAN on ImageNet. The SA-GAN code assumes you have 4xTitanX (or equivalent in terms of GPU RAM) and will run with a batch size of 128 and 2 gradient accumulations.

An Important Note on Inception Metrics

This repo uses the PyTorch in-built inception network to calculate IS and FID.
These scores are different from the scores you would get using the official TF inception code, and are only for monitoring purposes!
Run sample.py on your model, with the --sample_npz argument, then run inception_tf13 to calculate the actual TensorFlow IS. Note that you will need to have TensorFlow 1.3 or earlier installed, as TF1.4+ breaks the original IS code.

We include two pretrained model checkpoints (with G, D, the EMA copy of G, the optimizers, and the state dict):

This repo also contains scripts for porting the original TFHub BigGAN Generator weights to PyTorch. See the scripts in the TFHub folder for more details.

Fine-tuning, Using Your Own Dataset, or Making New Training Functions

If you wish to resume interrupted training or fine-tune a pre-trained model, run the same launch script but with the --resume argument added.
Experiment names are automatically generated from the configuration, but can be overridden using the --experiment_name arg (for example, if you wish to fine-tune a model using modified optimizer settings).

To prep your own dataset, you will need to add it to datasets.py and modify the convenience dicts in utils.py (dset_dict, imsize_dict, root_dict, nclass_dict, classes_per_sheet_dict) to have the appropriate metadata for your dataset.
Repeat the process in prepare_data.sh (optionally produce an HDF5 preprocessed copy, and calculate the Inception Moments for FID).

By default, the training script will save the top 5 best checkpoints as measured by Inception Score.
For datasets other than ImageNet, Inception Score can be a very poor measure of quality, so you will likely want to use --which_best FID instead.

To use your own training function (e.g. train a BigVAE): either modify train_fns.GAN_training_function or add a new train fn and add it after the if config['which_train_fn'] == 'GAN': line in train.py.

Key Differences Between This Code And The Original BigGAN

A Note On The Design Of This Repo

This code is designed from the ground up to serve as an extensible, hackable base for further research code.
We've put a lot of thought into making sure the abstractions are the right thickness for research--not so thick as to be impenetrable, but not so thin as to be useless.
The key idea is that if you want to experiment with a SOTA setup and make some modification (try out your own new loss function, architecture, self-attention block, etc) you should be able to easily do so just by dropping your code in one or two places, without having to worry about the rest of the codebase.
Things like the use of self.which_conv and functools.partial in the BigGAN.py model definition were put together with this in mind, as was the design of the Spectral Norm class inheritance.

With that said, this is a somewhat large codebase for a single project. While we tried to be thorough with the comments, if there's something you think could be more clear, better written, or better refactored, please feel free to raise an issue or a pull request.

Want to work on or improve this code? There are a couple things this repo would benefit from, but which don't yet work.

See This directory for ImageNet labels.

If you use this code, please cite

PyRoss is a numerical library for mathematical modelling of infectious disease in Python. Currently the library supports structured compartment models formulated as systems of differential equations.

This is part of 27th solution for the toxic comment classification challenge.

Pyroomacoustics is a package for audio signal processing for indoor applications. It was developed as a fast prototyping platform for beamforming algorithms in indoor scenarios.