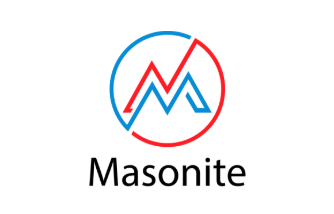 The modern and developer centric Python web framework that strives for an actual batteries included developer tool with a lot of out of the box functionality with an extremely extendable architecture. Masonite is perfect for beginner developers getting into their first web applications as well as experienced devs that need to utilize the full expotential of Masonite to get their applications done.

Masonite works hard to be fast and easy from install to deployment so developers can go from concept to creation in as quick and efficiently as possible. Use it for your next SaaS! Try it once and you’ll fall in love.

Masonite strives to have extremely comprehensive documentation. All documentation can be Found Here and would be wise to go through the tutorials there. If you find any discrepencies or anything that doesn't make sense, be sure to comment directly on the documentation to start a discussion!

Also be sure to join the Slack channel!

If you are running on a Linux flavor, you’ll need a few extra packages before you start. You can download these packages by running:

Not all computers are made the same so you may have some trouble installing Masonite depending on your machine. If you have any issues be sure to read the Known Installation Issues Documentation.

Getting started is very easy. Below is how you can get a simple Hello World application up and running.

NOTE: If you do not have the craft command, you can run pip install masonite-cli which will install craft and craft-vendor command line tools.

This command will create a new directory called project_name with our new Masonite project.

You can now cd into this directory by doing:

Now we just need to add the pip dependencies. You can run pip3 install -r "requirements.txt" or you can run the craft command:

This will install all the required dependencies to run this framework. Now we can run the craft command:

This will run the server at localhost:8000. Navigating to that URL should show the Masonite welcome message.

If that port is blocked you can specify a port by running:

Or specify a host by running:

This will reload the server when Masonite detects file changes. This is very similiar to Django.

All web routes are in routes/web.py. In this file is already the route to the welcome controller. To start your hello world example just add something like:

our routes constant file should now look something like:

NOTE: Notice this new interesting string syntax in our route. This will grant our route access to a controller (which we will create below)

Since we used a string controller we don't have to import our controller into this file. All imports are done through Masonite on the backend.

You'll notice that we have a reference to the HelloWorldController class which we do not have yet. This framework uses controllers in order to separate the application logic. Controllers can be looked at as the views.py in a Django application. The architectural standard here is 1 controller per file.

In order to make the HelloWorldController we can use a craft command:

This will scaffold the controller for you and put it in app/http/controllers/HelloWorldController.py

We will have a show() method by default which is the typical method we will use to "show" our views and content.

Inside the HelloWorldController we can make our show method like this:

As you see above, we are returning a helloworld template but we do not have that yet. All templates are in resources/templates. We can simply make a file called helloworld.html or run the craft command:

Which will create the resources/templates/helloworld.html template for us.

Lastly all templates run through the Jinja2 rendering engine so we can use any Jinja2 code inside our template like:

And navigate to localhost:8000/hello/world and you will see Hello World in your browser.

This is a ROS package for NCNN, a high-performance neural network inference framework.

Austin is a Python frame stack sampler for CPython written in pure C.

Jesse is an advanced crypto trading framework which aims to simplify researching and defining trading strategies.