The N Queen is the problem of placing N chess queens on an N×N chessboard so that no two queens attack each other. For example, following is a solution for 8 Queen problem. 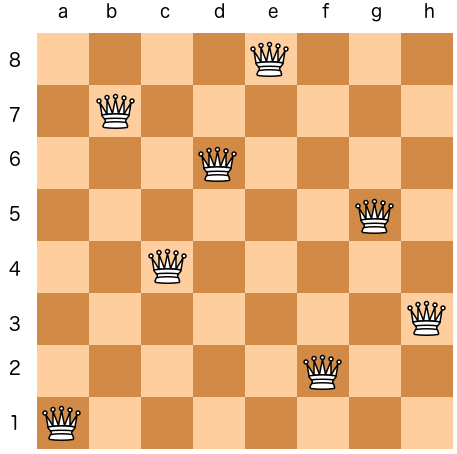 The 8 queens problem is simple. On an 8×8 chess board, the queen can move any number of squares horizontally, vertically, and diagonally. Normally, there is one queen per side on the board but for this problem, there are 8. This can be generalized to N queens on an NxN board. The goal is to place 8 queens on the board such that every pair of queens aren’t attacking each other. In the picture above, you can see that every queen is not in the line of sight of another queen. Here’s an example of a board state that is not the solution: 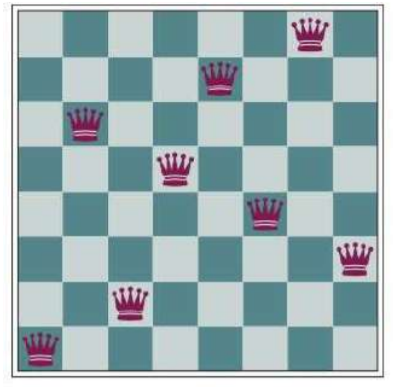 The pair of queens on the 4th and 7th columns are attacking each other diagonally. 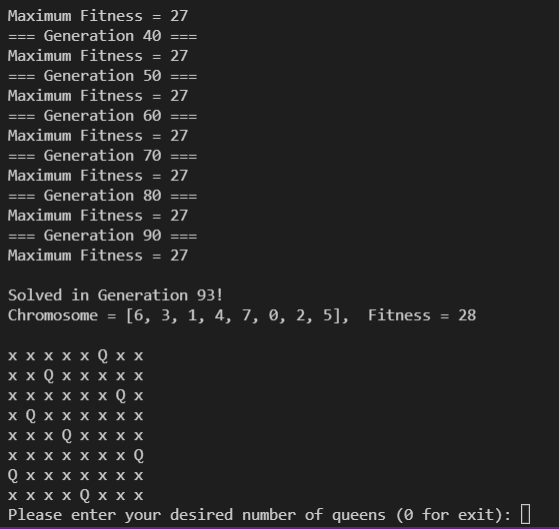 Chess AI game With Python
02 February 2022
A two-player Chess game with GUI written in PyQt5
26 January 2022
A didactic GUI chess game made in Python3 using pygame
23 December 2021
Chess game with MinMax and AlphaBeta Pruning
15 December 2021
A simple search engine that allow searching for chess games
02 December 2021
A Chess PGN saver which allows you to save your game pgns, in a .pgn file
04 November 2021
Arcade-like space shooter game written entirely in python
04 November 2021
On Chess.com, you can view your winrate by color, your best win, and analyze a game per day for free.
27 August 2021