This is a project for the class : 18CSC302J – Computer Networks by Dr. S.Babu

This is a simple game of tic-tac-toe developed in Python. It allows two players to play with one another on different command lines through networking. The server starts the game by first running server.py, waiting for the client to connect by then running client.py. Once their connected, the game itself starts.

The server starts as “X” and goes first, and the client is “O.” The players choose the square they would like to use with coordinates; both “A1” and “1A” would be accepted, for example. The game proceeds, with the players taking turns, until one wins or the game is a draw. The host, then the client, is asked whether they’d like a rematch. If both agree, the game starts anew.

Example of a turn:

We used a server/client network architecture for this project using TCP (Transmission Control Protocol), and we used port 12783. The messages were sent back and forth between the server and the client thanks to the pickle module, which converts any object (in this case, a string list storing the nine squares of a tic-tac-toe grid) into a byte stream to be sent and back into an object to be read. 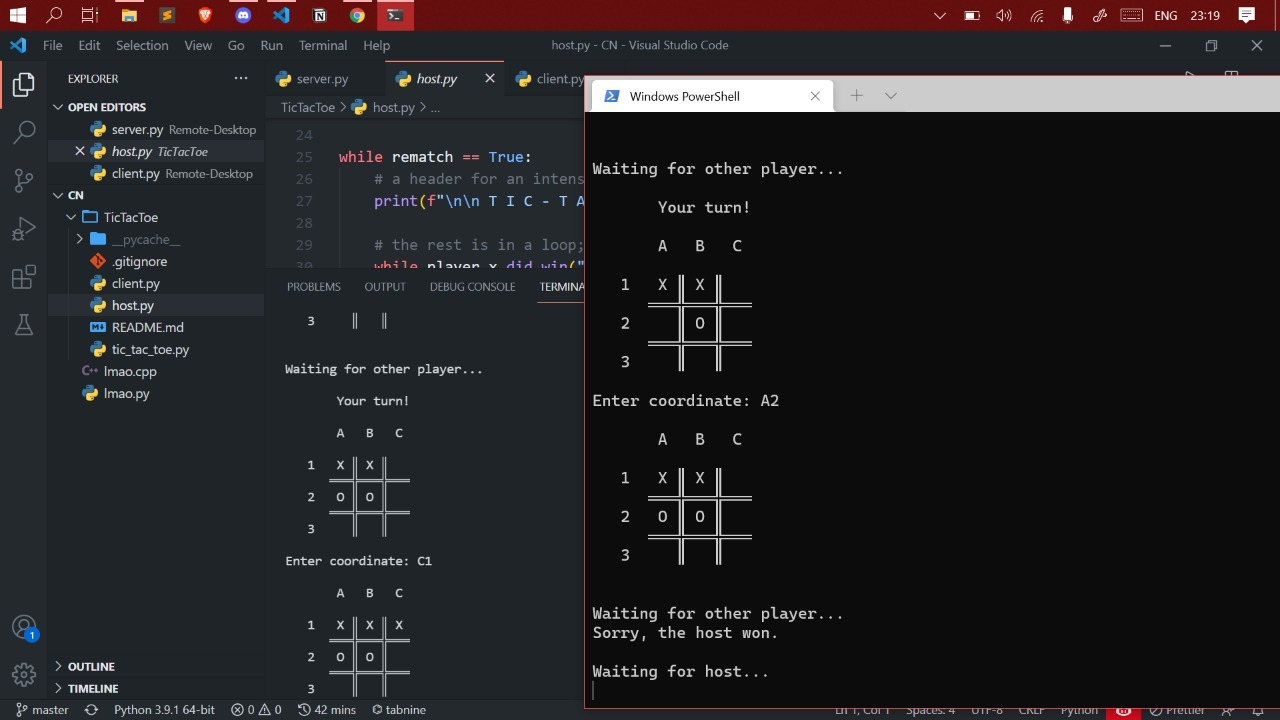 Create or join a private chatroom without any third-party middlemen in less than 30 seconds
25 November 2021
Quantum version of the classical Nim game. An automatic opponent allows to game to not be as easy as it seems
07 December 2021
Rainbow Recorder: an easy to use to tool which record your screen
09 October 2021