In order to run the code:

Make sure to clone the stable baselines repository (this is a repo that holds popular reinforcement learning algorithms, such as DeepQ, HER, A2C, etc):

To run the reinforcement learning agent type the command in the same directory as `pip3 install -e.’

You should see initial values like such running over and over until it reaches 1000000 timesteps: 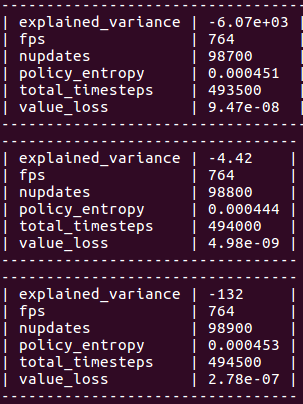 And a graph that looks similar to this when it is finished running through the timesteps: