Ever wondered which nodes are responsible for that 600 mb+ Maya scene file?

It's a single file, no dependencies.

From the Script Editor.

Whenever I run out of diskspace, I use a free Windows utility called SpaceSniffer. 2 minutes later, I've got the space I was looking for along with a greater understanding of where space typically ends up.

Maya Sniffer counts the number of ASCII characters used when saving each node to disk.

It's real silly and doesn't tell you how complex or heavy your scene is at run-time. Instead, it'll give you an approximation of where size is and how to recover it. 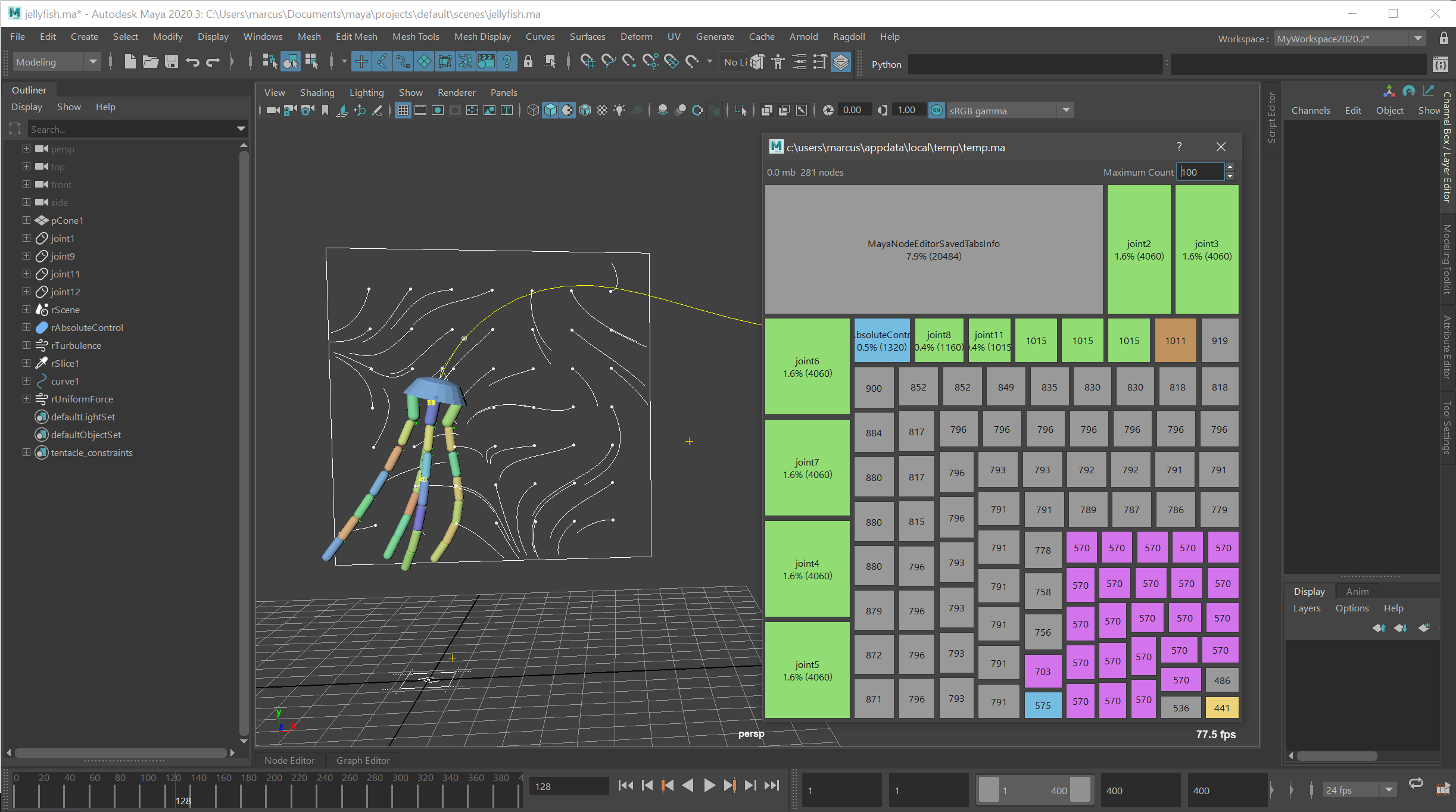 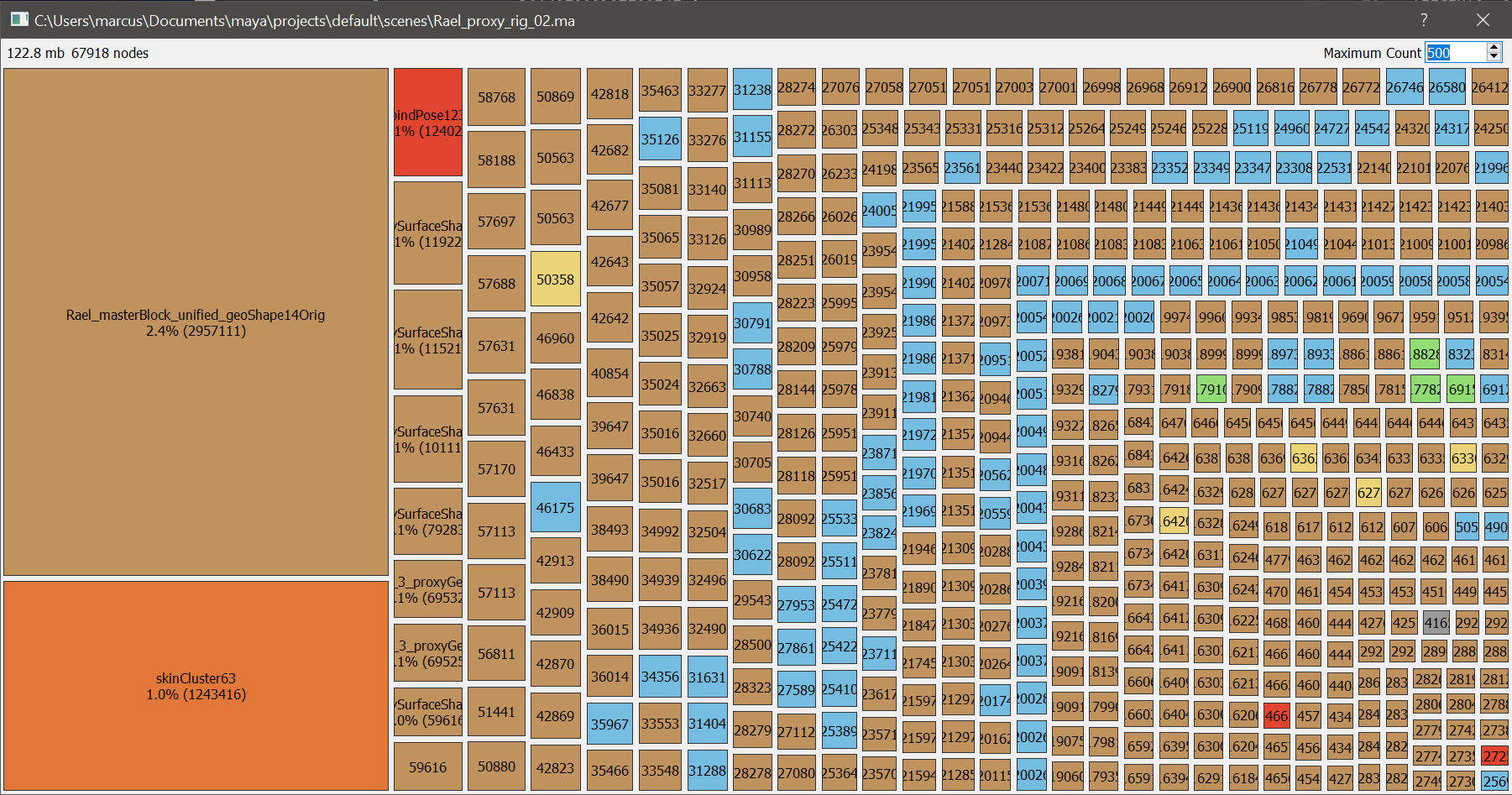 A part of HyRiver software stack for accessing hydrology data through web services
10 June 2021
maup is the geospatial toolkit for redistricting data.
07 June 2021
a Python image visualization library based on matplotlib and provides a high-level API to draw attractive and informative images quickly and effectively.
07 June 2021