Featurewiz is a new python library for creating and selecting the best features in your data set fast! featurewiz accomplishes this in 2 steps:

The first step is optional and it is about creating new features.

1. Performing Feature Engineering: One of the gaps in open source AutoML tools and especially Auto_ViML has been the lack of feature engineering capabilities that high powered competitions like Kaggle required. The ability to create "interaction" variables or adding "group-by" features or "target-encoding" categorical variables was difficult and sifting through those hundreds of new features was painstaking and left only to "experts". Now there is some good news.
featurewiz now enables you to add hundreds of such features at the click of a code. Set the "feature_engg" flag to "interactions", "groupby" or "target" and featurewiz will select the best encoders for each of those options and create hundreds (perhaps thousands) of features in one go.
Not only that, it will use SULOV method and Recursive XGBoost to sift through those variables and find only the least correlated and most important features among them. All in one step!. The second step is Feature Selection: 2. Executing Feature Selection: Once you have created 100's of new features, you still have two problems left to solve: 1. How do we interpret those newly created features? 2. Which of these features is important and which are useless? How many of them are highly correlated to each other causing redundancy? 3. Does the model overfit now on these new features and perform better or worse than before?

All are very important questions and you must be very careful using this feature_engg option in featurewiz. Otherwise, you can create a "garbage in, garbage out" problem. Caveat Emptor! 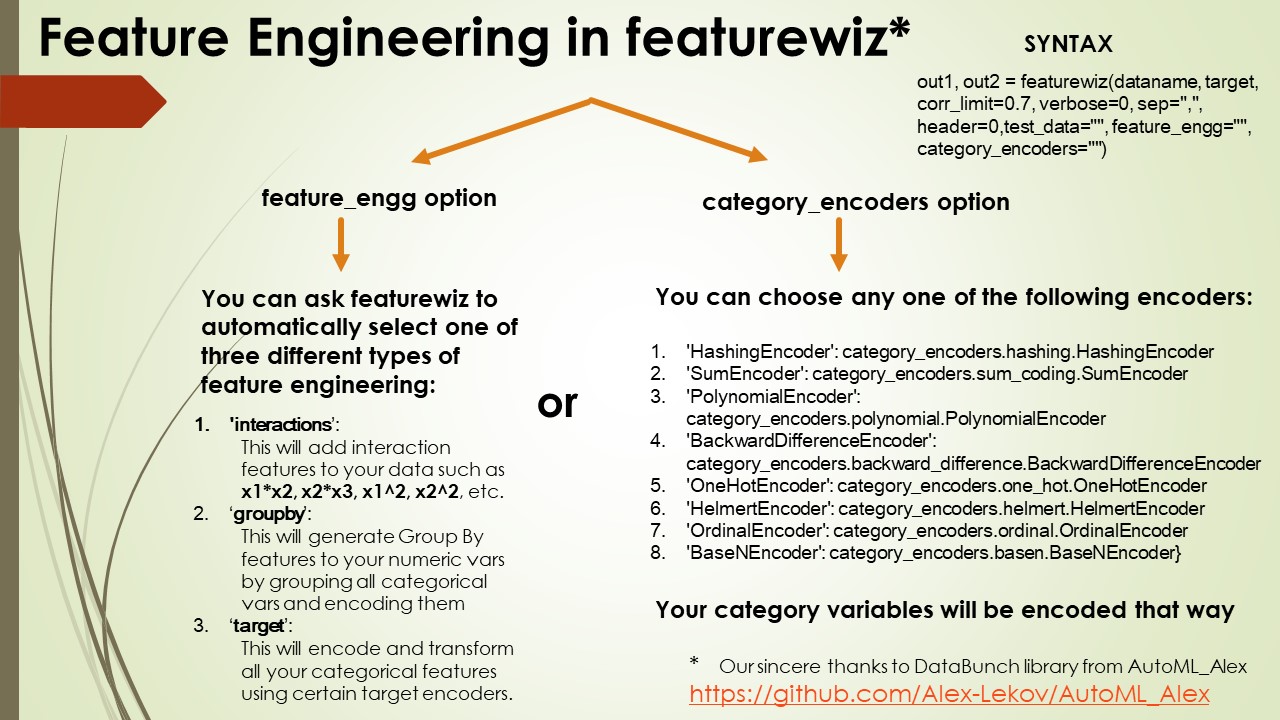 featurewiz uses the SULOV method and Recursive XGBoost to reduce features in order to select the best features for the model. Here is how.
SULOV: SULOV means Searching for Uncorrelated List of Variables. The SULOV method is similar to the Minimum-redundancy-maximum-relevance (mRMR) algorithm explained in wikipedia as one of the best feature selection methods. The SULOV algorithm is explained in this chart below.
Here is a simple way of explaining how it works: 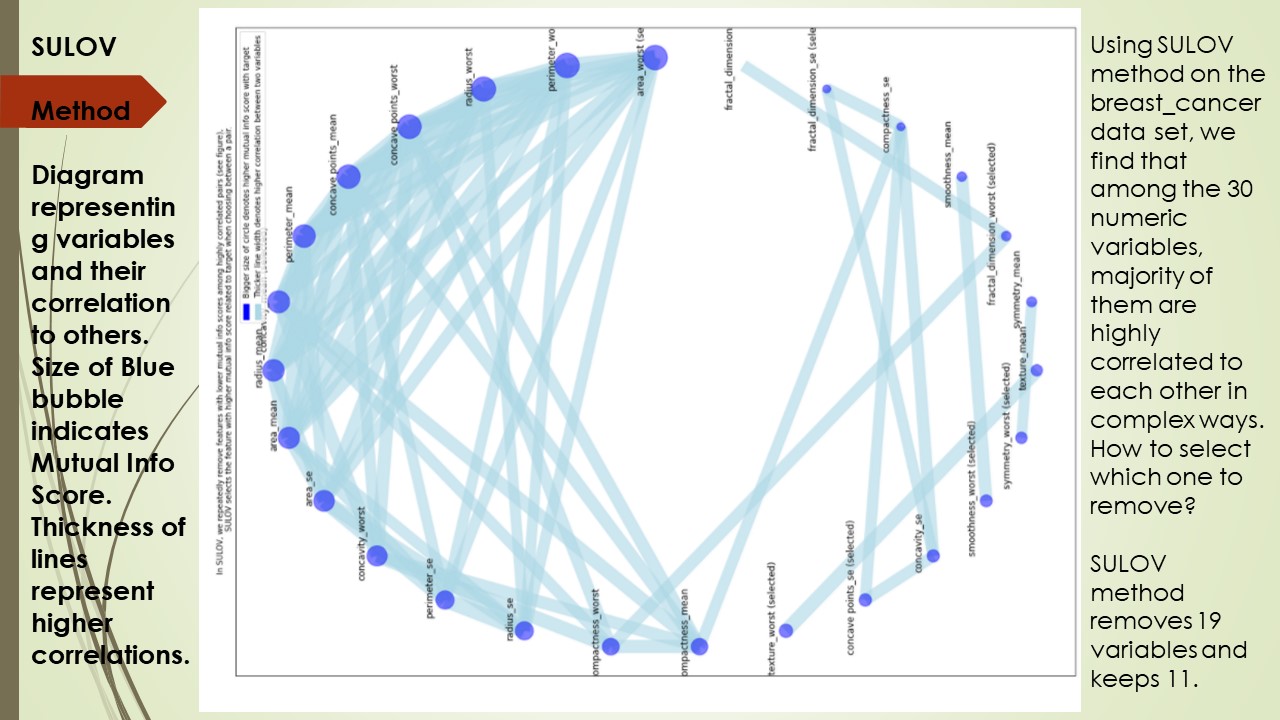 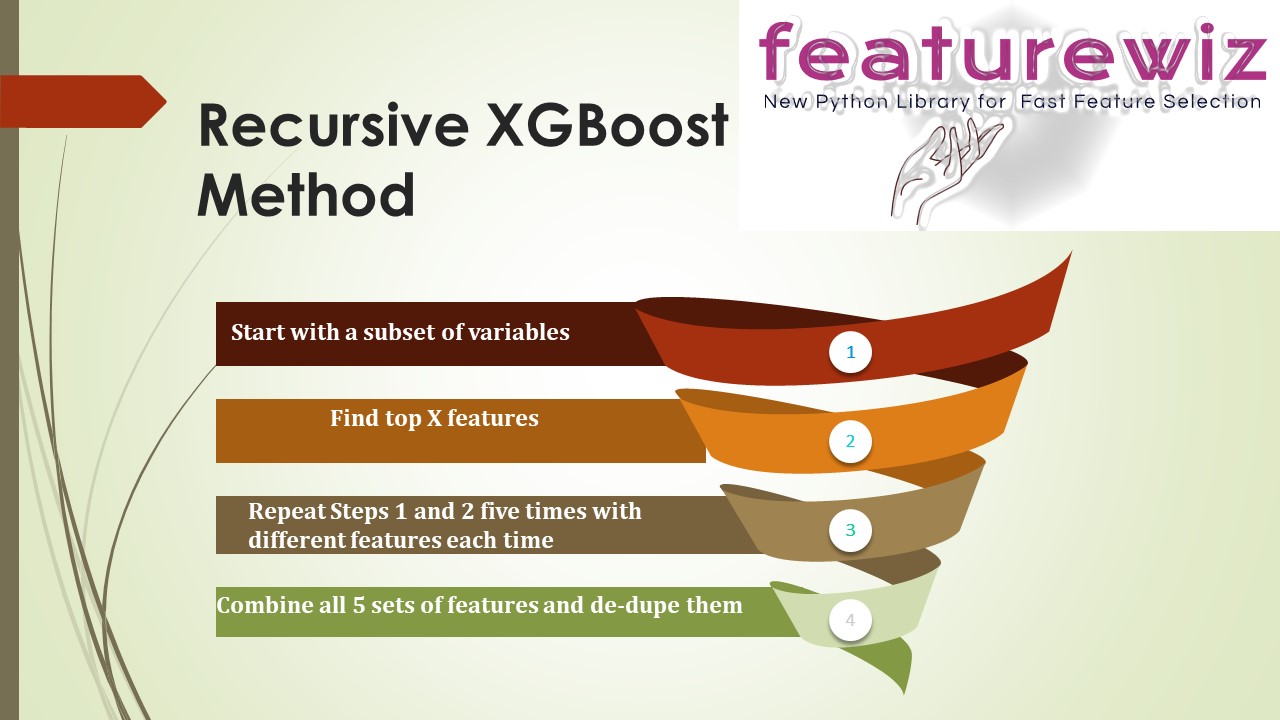 A WORD OF CAUTION: Just because you can, doesn't mean you should. Make sure you understand feature engineered variables before you attempt to build your model any further. featurewiz displays the SULOV chart which can show you how the 100's of newly created variables added to your dataset are highly correlated to each other and were removed. This will help you understand how feature selection works in featurewiz.

To upgrade to the best, most stable and full-featured version always do the following:
Use $ pip install featurewiz --upgrade --ignore-installed
or
pip install git+https://github.com/AutoViML/featurewiz.git 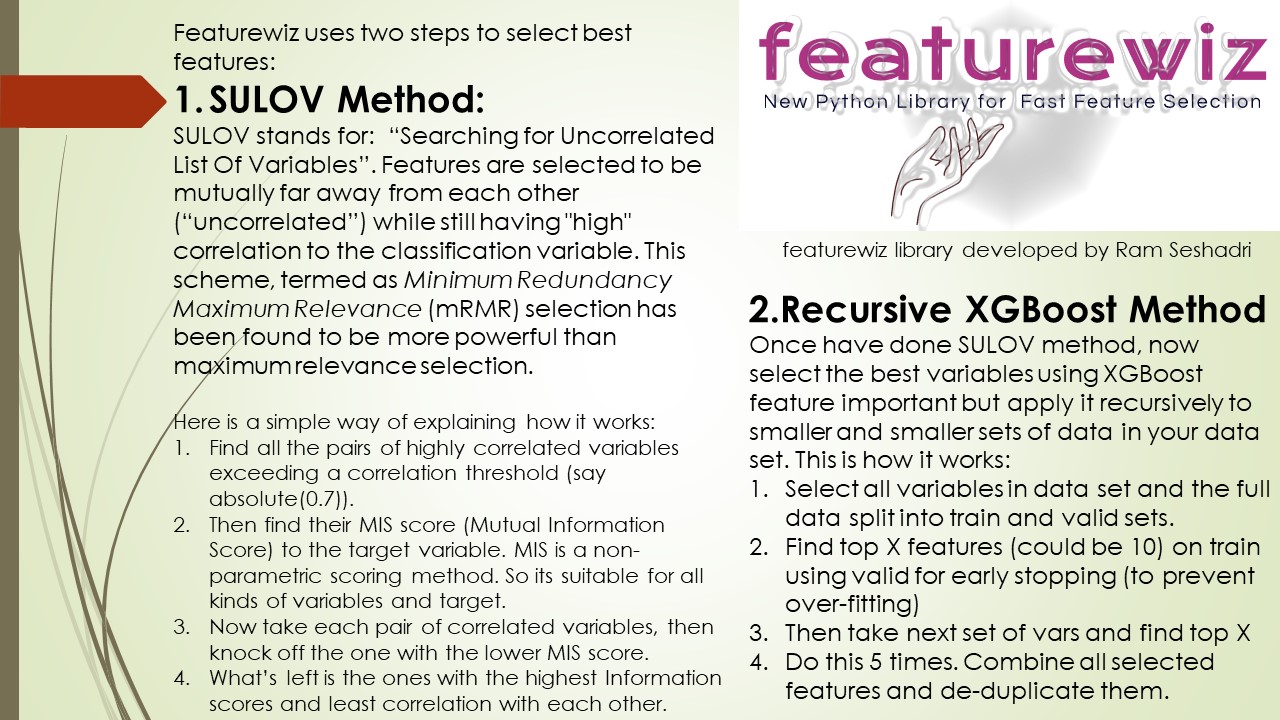 To learn more about how featurewiz works under the hood, watch this video

featurewiz was designed for selecting High Performance variables with the fewest steps.

In most cases, featurewiz builds models with 20%-99% fewer features than your original data set with nearly the same or slightly lower performance (this is based on my trials. Your experience may vary).

featurewiz is every Data Scientist's feature wizard that will:

To clone featurewiz, it is better to create a new environment, and install the required dependencies:

To install from PyPi:

To install from source:

In the same directory, open a Jupyter Notebook and use this line to import the .py file:

Load a data set (any CSV or text file) into a Pandas dataframe and give it the name of the target(s) variable. If you have more than one target, it will handle multi-label targets too. Just give it a list of variables in that case. If you don't have a dataframe, you can simply enter the name and path of the file to load into featurewiz:

out1 and out2: is always a tuple containing two objects. The objects in that tuple can vary:

Both the selected features and dataframes are ready for you to now to do further modeling.

featurewiz works on any Multi-Class, Multi-Label Data Set. So you can have as many target labels as you want.

You don't have to tell featurwiz whether it is a Regression or Classification problem. It will decide that automatically.

AI4Good project for detecting waste in environment.
17 May 2021
[CVPR'21] Multi-Modal Fusion Transformer for End-to-End Autonomous Driving
17 May 2021
A collection of various RL algorithms like policy gradients, DQN and PPO.
16 May 2021