Timeseries clustering is an unsupervised learning task aimed to partition unlabeled timeseries objects into homogenous groups/clusters. Timeseries in the same cluster are more similar to each other than timeseries in other clusters

This algorithm is able to:

In general, timeseries clustering algorithms are of two types:

VRAE is a feature-based timeseries clustering algorithm, since raw-data based approach suffers from curse of dimensionality and is sensitive to noisy input data. The middle bottleneck layer will serve as the feature representation for the entire input timeseries. 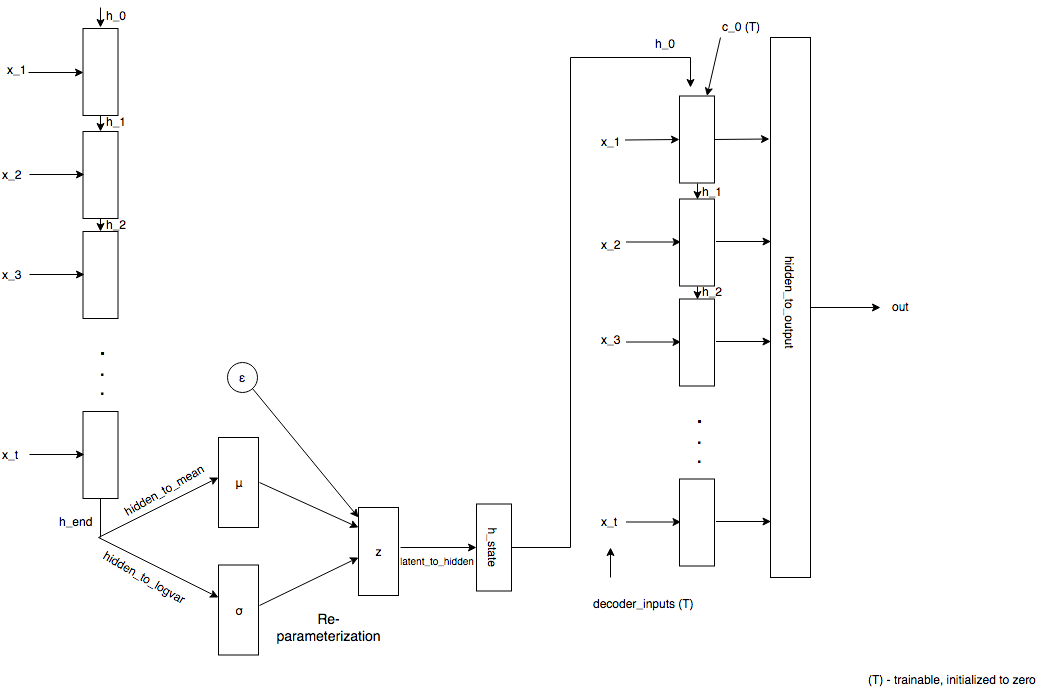 From here on, RNN refers to Recurrent Neural Network architecture, either LSTM/GRU block. Our model comprises mainly of four blocks

The network is jointly trained on 2 loss functions:

Given the gradients and the weights, Adam is used to update the weights. Option provided to use Stochastic Gradient Descent(SGD) for optimization.

Why recurrent neural network in an auto-encoder?

The above network is trained on a dataset of 8500 ECG's and tested on 950 ECG's Named ECG5000 on the UCR archive, this dataset has 5 classes, and the labels are used to generate different colors on PCA, tSNE chart.

Here's a snapshot of the data: 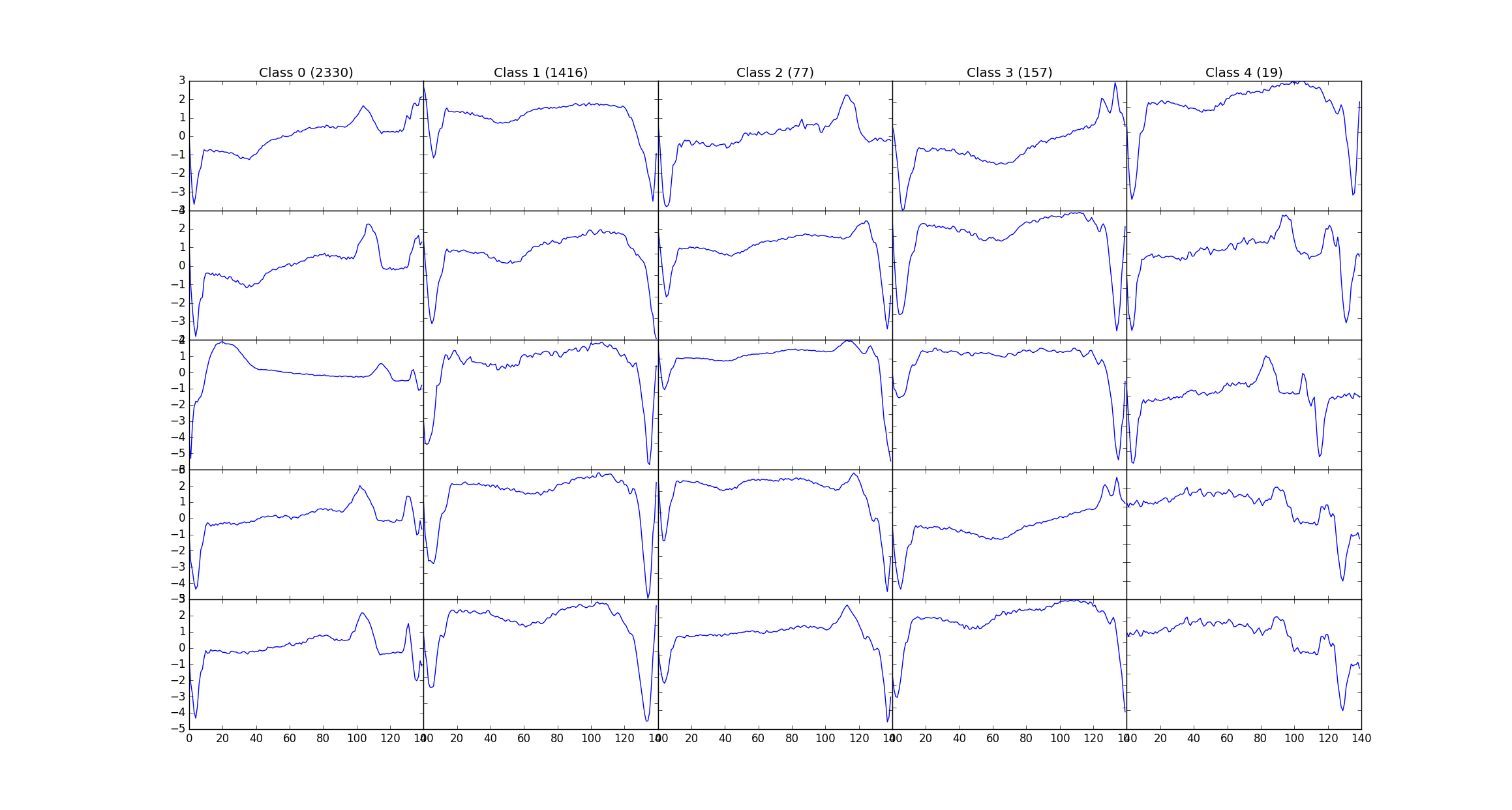 When the VRAE model is run on this set of hyperparameters, we get the plots for both PCA and tSNE. PCA and t-SNE are performed in order to convert to a lower dimension and to visualize the clusters. This figure shows that latent space exhibits structure. The pink and green labels obviously cluster in different parts of the space. 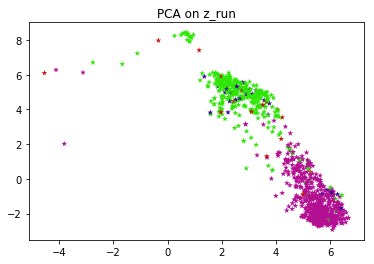 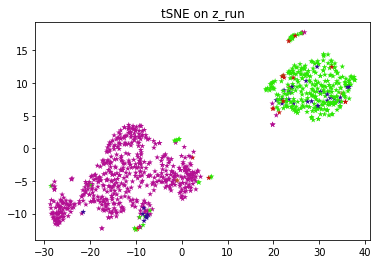 FYI, the entire algorithm is an unsupervised one. Labels are just used to color and visually test the results. If you don't have labels for your application, you can run k-means on top of latent vectors to get labels and use those labels to color individual data points.

We present variational recurrent auto-encoder that learns the structure in the timeseries. Training is unsupervised. When we color the latent vectors with the actual labels, we show that the structure makes sense.