This is not a library, but rather a collection of standalone scripts! As such, there is a bit of code duplication between scripts.

If you run into problems 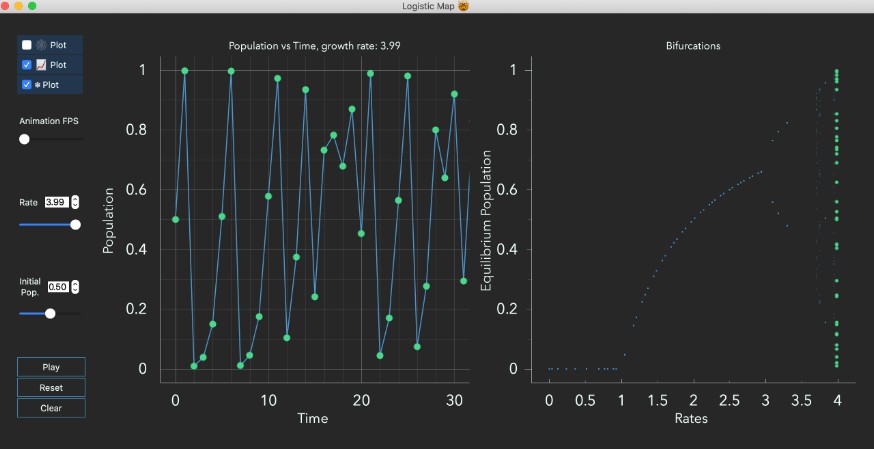 This visualization creates a cobweb plot, time series graph, and bifurcation plot for visualizing the logistic map. The font pictured is "Avenir Next" which is licensed as part of macOS. Other OSes will see their default font.

Final visualization is accomplished by a volume rendering of 1000x1000x1000 voxels, oversampled by 16 to reduce aliasing.

Ever wondered which nodes are responsible for that 600 mb+ Maya scene file?
16 January 2021
Plot Pandas time series data sampled by day in a heatmap per calendar year, similar to GitHub's contributions plot, using matplotlib.
03 January 2021
This jupyter notebook will pull all JSON Data from the NVD and create a HeatMap using CalPlot.
03 January 2021