Create smart playlists for Spotify including tracks from playlists, library and Spotify recommendations. 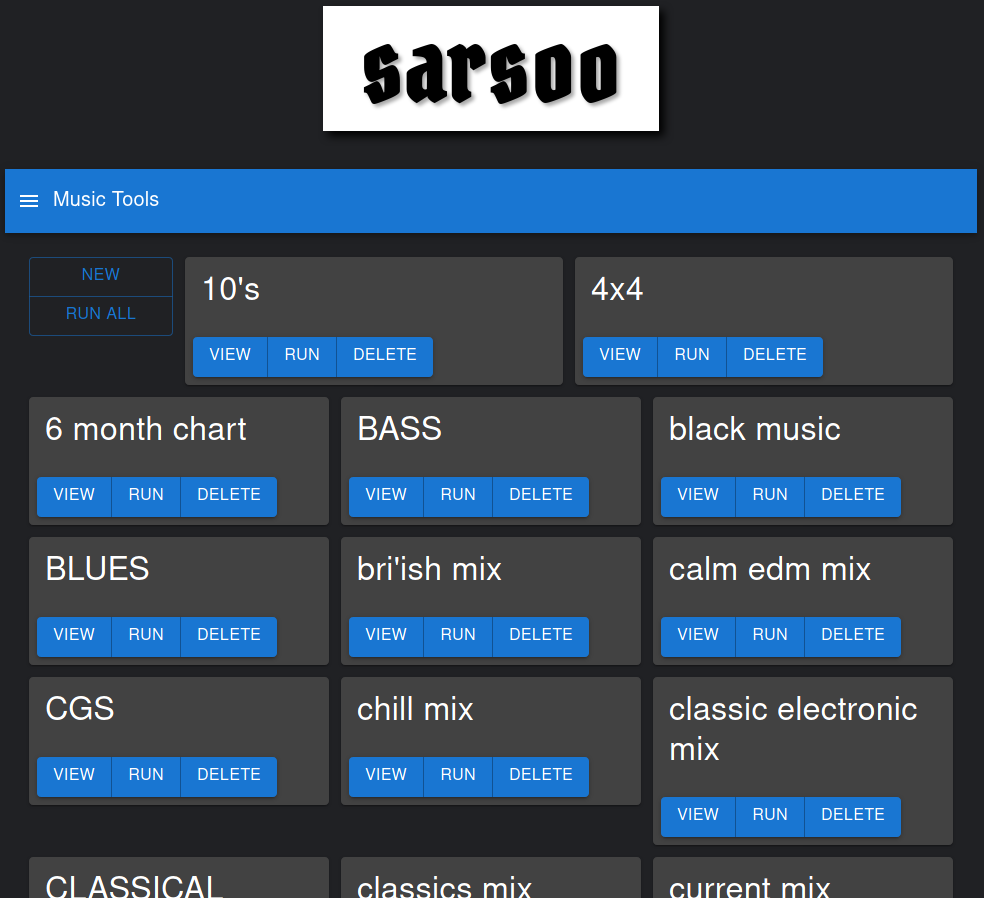 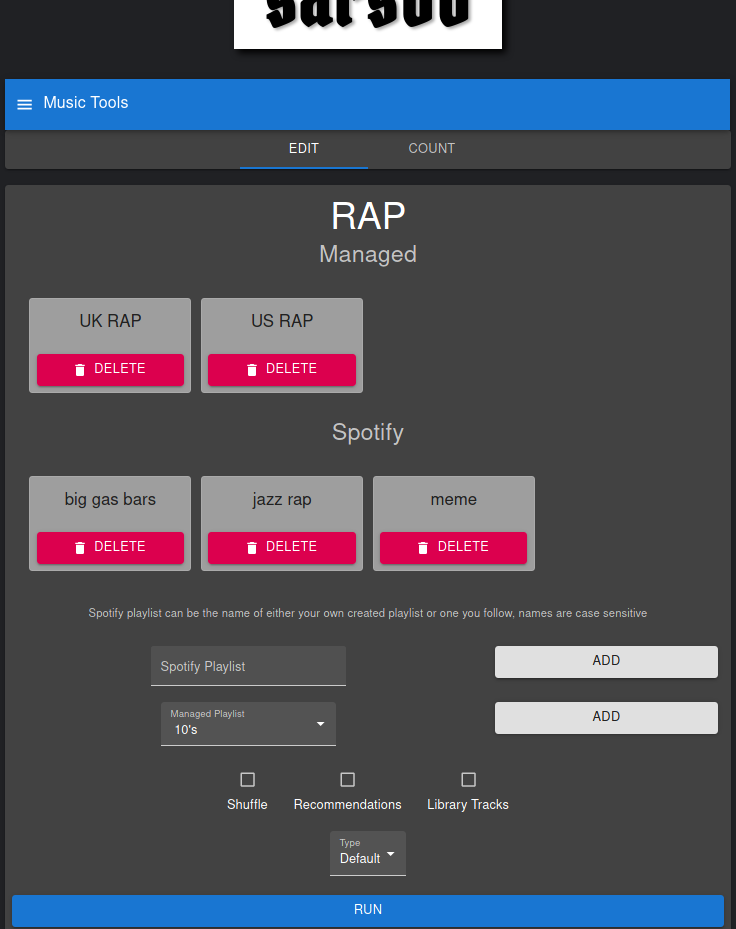 Playlists can pull tracks from multiple sources with some extra ones based on the playlist's type.

When not shuffled, playlists are date sorted with newest at the top for a rolling album artwork of newest releases.

Groups of Last.fm objects for summing of scrobble counts and listening statistics. 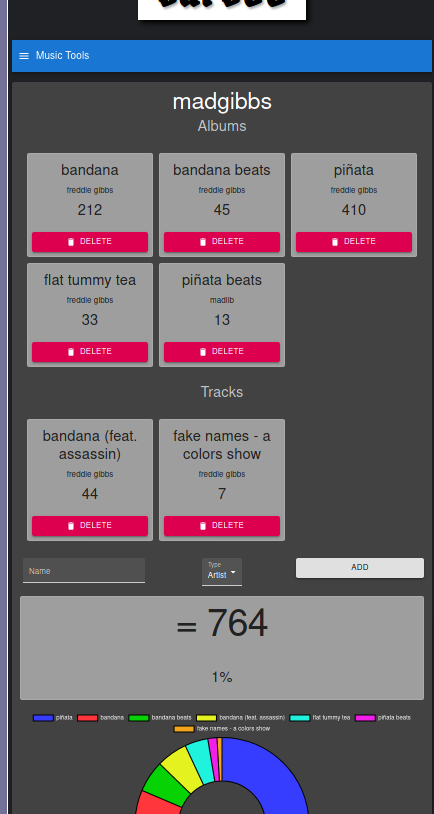 The application is hosted on Google Cloud Infrastructure.

As this codebase stands it's not really re-useable as is, references to the cloud infrastructure are hard-coded.