This arranges points on an image for halftoning, using the circles themselves, dots at their centers, or lines connecting the circles. 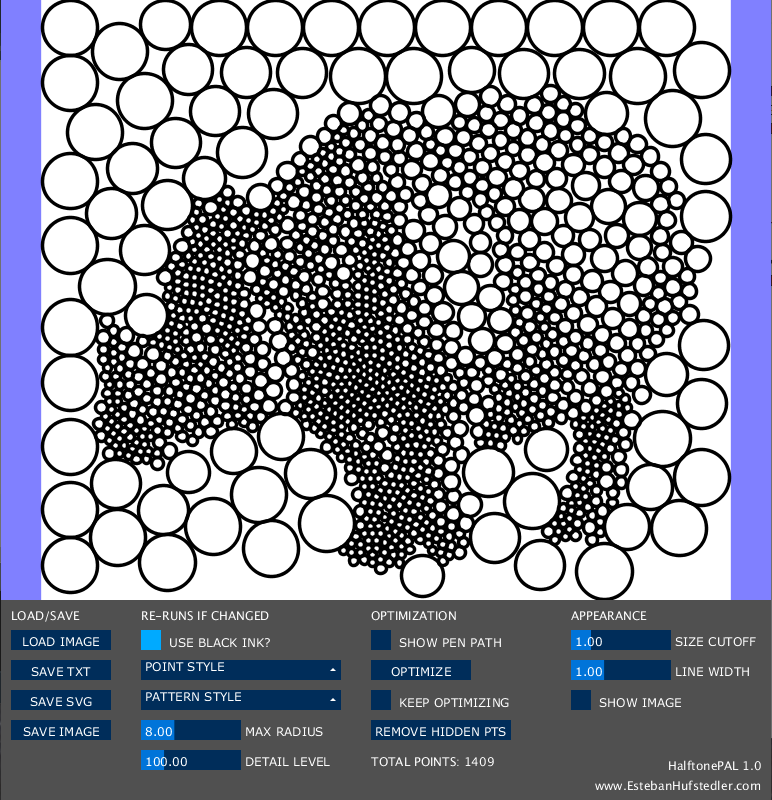 The top portion of the program shows the current result. When it starts, it automatically loads the rhino.jpg image, calculates a quick circle packing, and draws the circles on a white background.

The bottom portion is the control panel, with four columns. In the left column, you can load a new image and save the output as text, SVG, or JPG. The second column changes the properties of the points or pattern, and will re-calculate the result if they are changed. The third column deals with optimizing the path, which can greatly reduce the pen's travel time. The right column changes the appearance of the pattern. More detail below!

In this example, I'll increase the level of detail, increase the line width, hide and remove background points, and show a couple of the patterns.

That's much better. Now I'll save it as an SVG, ready to plot elsewhere.

To use the source code

Gaphas is a library that provides the user interface component (widget) for drawing diagrams.
22 April 2021
This is a Python library to easily experiment with Deep Graph Networks (DGNs).
09 April 2021
Embedded Graph Database for Python.
06 April 2021