In this repository, we show how to use powerful GNN (2-FGNN) to solve a graph alignment problem. This code was used to derive the practical results in the following paper:

Below, on the left, we plot the errors made by our GNN: errors made on red vertices are represented by links corresponding to a wrong matching or cycle; on the right, we superpose the two graphs: green edges are in both graphs (they correspond to the parent graph), orange edges are in graph 1 only and blue edges are in graph 2 only. We clearly see the impact of the noisy edges (orange and blue) as each red vertex (corresponding to an error) is connected to such edges (except the isolated red vertex).

To measure the performance of our GNN, instead of looking at vertices, we can look at edges. On the left below, we see that our GNN recovers most of the green edges present in graphs 1 and 2 (edges from the parent graph). On the right, mismatched edges correspond mostly to noisy (orange and blue) edges (present in only one of the graphs 1 or 2).

For the training of our GNN, we generate synthetic datasets as follows: first sample the parent graph and then add edges to construct graphs 1 and 2. We obtain a dataset made of pairs of graphs for which we know the true matching of vertices. We then use a siamese encoder as shown below where the same GNN (i.e. shared weights) is used for both graphs. The node embeddings constructed for each graph are then used to predict the corresponding permutation index by taking the outer product and a softmax along each row. The GNN is trained with a standard cross-entropy loss.
At inference, we can add a LAP solver to get a permutation from the matrix .

Various architectures can be used for the GNN and we find that FGNN (first introduced by Maron et al. in Provably Powerful Graph Networks NeurIPS 2019) are best performing for our task. In our paper Expressive Power of Invariant and Equivariant Graph Neural Networks, we substantiate these empirical findings by proving that FGNN has a better power of approximation among all equivariant architectures working with tensors of order 2 presented so far (this includes message passing GNN or linear GNN). 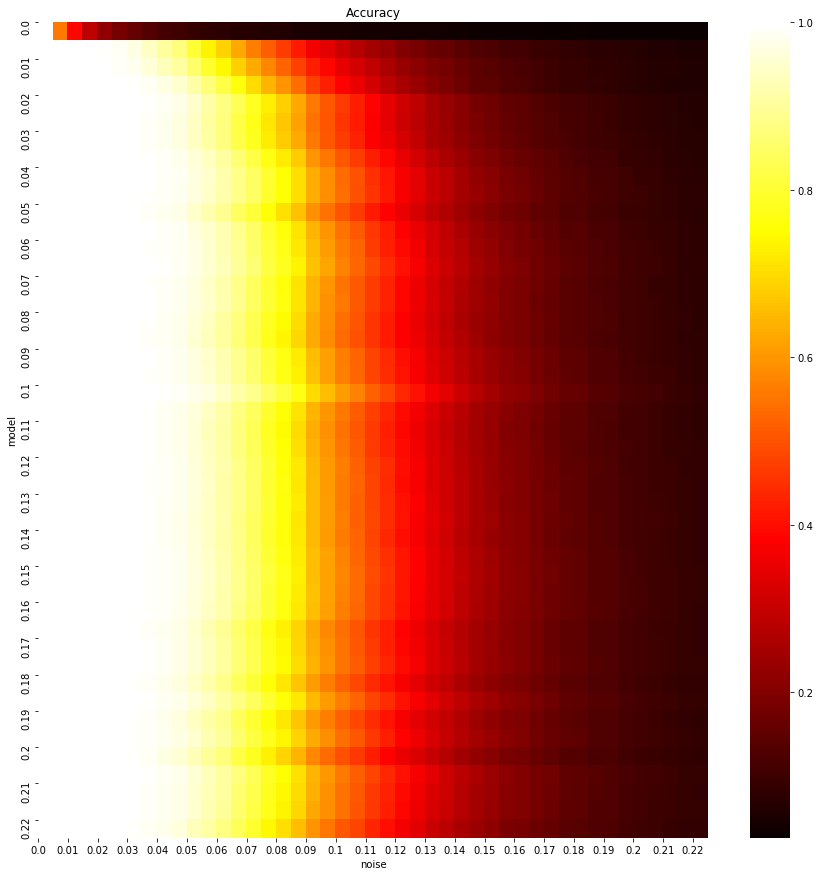 Each line corresponds to a model trained at a given noise level and shows
its accuracy across all noise levels. We see that pretrained models generalize very well at noise levels unseen during the training.

We provide a simple notebook to reproduce this result for the pretrained model released with this repository (to run the notebook create a ipykernel with name gnn and with the required dependencies as described below).

We refer to our paper for comparisons with other algorithms (message passing GNN, spectral or SDP algorithms).

To cite our paper:

Overview of the code

Dependencies are listed in requirements.txt. To install, run

Run the main file commander.py with the command train

To change options, use Sacred command-line interface and see default.yaml for the configuration structure. For instance,

To save logs to Neptune, you need to provide your own API key via the dedicated environment variable.

The model is regularly saved in the folder runs.

There are two ways of evaluating the models. If you juste ran the training with a configuration conf.yaml, you can simply do,

You can omit with conf.yaml if you are using the default configuartion.

If you downloaded a model with a config file from here, you can edit the section test_data of this config if you wish and then run,

Add styles from famous paintings to any photo in a fraction of a second
20 September 2021
This is a TensorFlow implementation of a Deep Neural Network for scenetext recognition.
02 September 2021
TumorInsight is a Brain Tumor Detection and Classification model built using RESNET50 architecture.
08 July 2021