Resemblyzer allows you to derive a high-level representation of a voice through a deep learning model (referred to as the voice encoder). Given an audio file of speech, it creates a summary vector of 256 values (an embedding, often shortened to "embed" in this repo) that summarizes the characteristics of the voice spoken.

Speaker diarization: recognize who is talking when with only a few seconds of reference audio per speaker:
(click the image for a video) 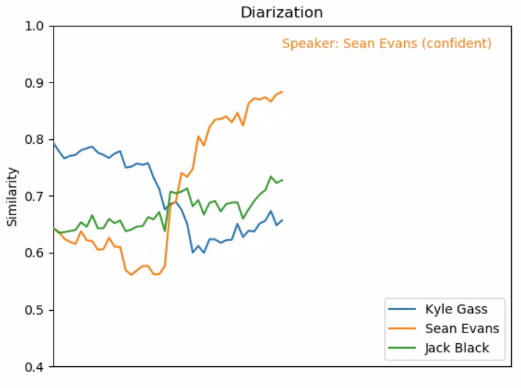 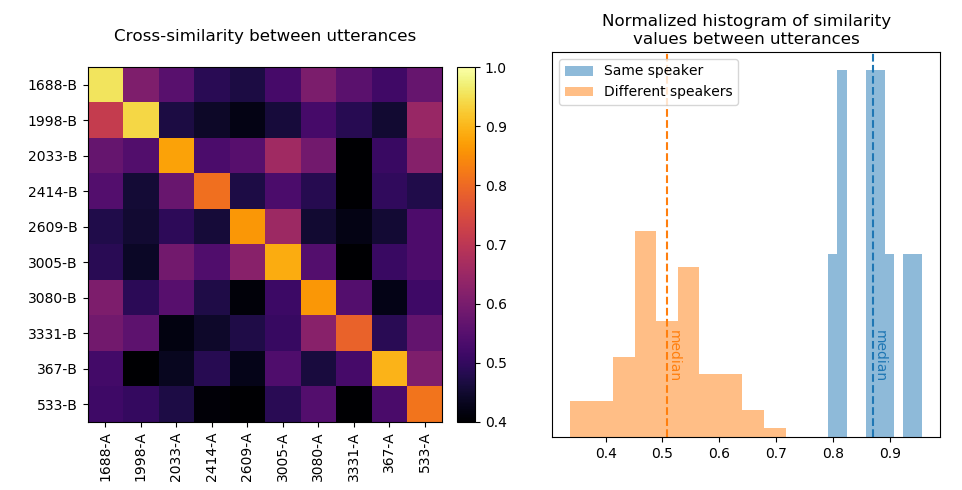 What can I do with this package?

Resemblyzer is fast to execute (around 1000x real-time on a GTX 1080, with a minimum of 10ms for I/O operations), and can run both on CPU or GPU. It is robust to noise. It currently works best on English language only, but should still be able to perform somewhat decently on other languages.

This is a short example showing how to use Resemblyzer:

I highly suggest giving a peek to the demos to understand how similarity is computed and to see practical usages of the voice encoder.

Resemblyzer emerged as a side project of the Real-Time Voice Cloning repository. The pretrained model that comes with Resemblyzer is interchangeable with models trained in that repository, so feel free to finetune a model on new data and possibly new languages! The paper from which the voice encoder was implemented is Generalized End-To-End Loss for Speaker Verification (in which it is called the speaker encoder).