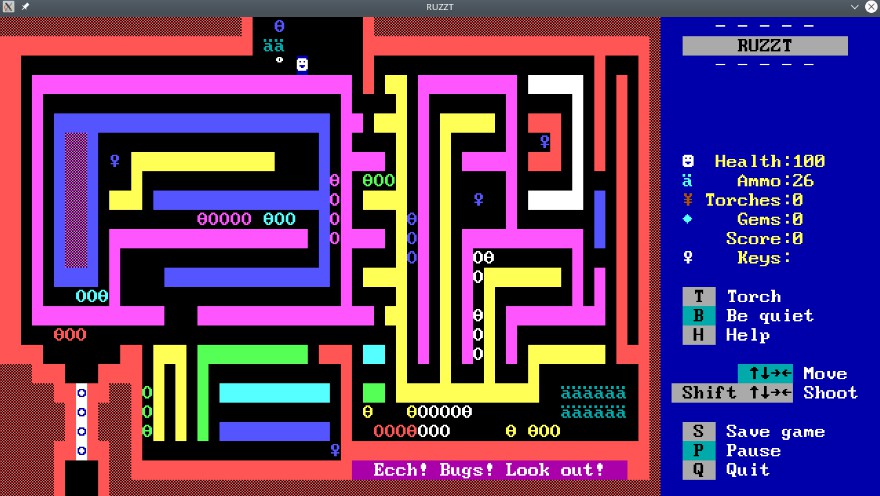 A clone of the engine for the DOS game "ZZT", written in the Rust programming language.

My wife and I wrote this as a fun exercise, and went a lot further with it than originally anticipated. We wanted to try to replicate the original game's behaviour by simply looking at it running in Dosbox and seeing if we could make RUZZT do the same thing. This means the code architecture is likely very different from the original game.

Eventually we did get far enough that it seemed like a waste of time to try to guess how some specific things were implemented, so we used a disassembler to make sure various behaviours worked correctly.

Note that you will probably want to download the original game and copy the .ZZT world files into
the folder where you run cargo run, so that they show up in the world selection list
(you can download it from The Museum of ZZT).

RUZZT can be used to play most ZZT worlds correctly, including:

The main game simulation is in the ruzzt_engine crate. See main.rs in the ruzzt module for an
idea of how to use it. Maybe I'll expand this section later.

A 2d Covid Race Game is created using python and pygame library. Also user can control the PLAYER with gestures which is achieved through AI without any sensors.

Use it for generating images, and then dig the code if you are curious.