Herald is an intrusion detection system using infrared radiation and anomaly detection using machine learning and Bolt IoT wifi module. The IoT device makes use of IR sensor and cloud technology for alerting the stakeholders of the detected anomaly.

Things used in this project 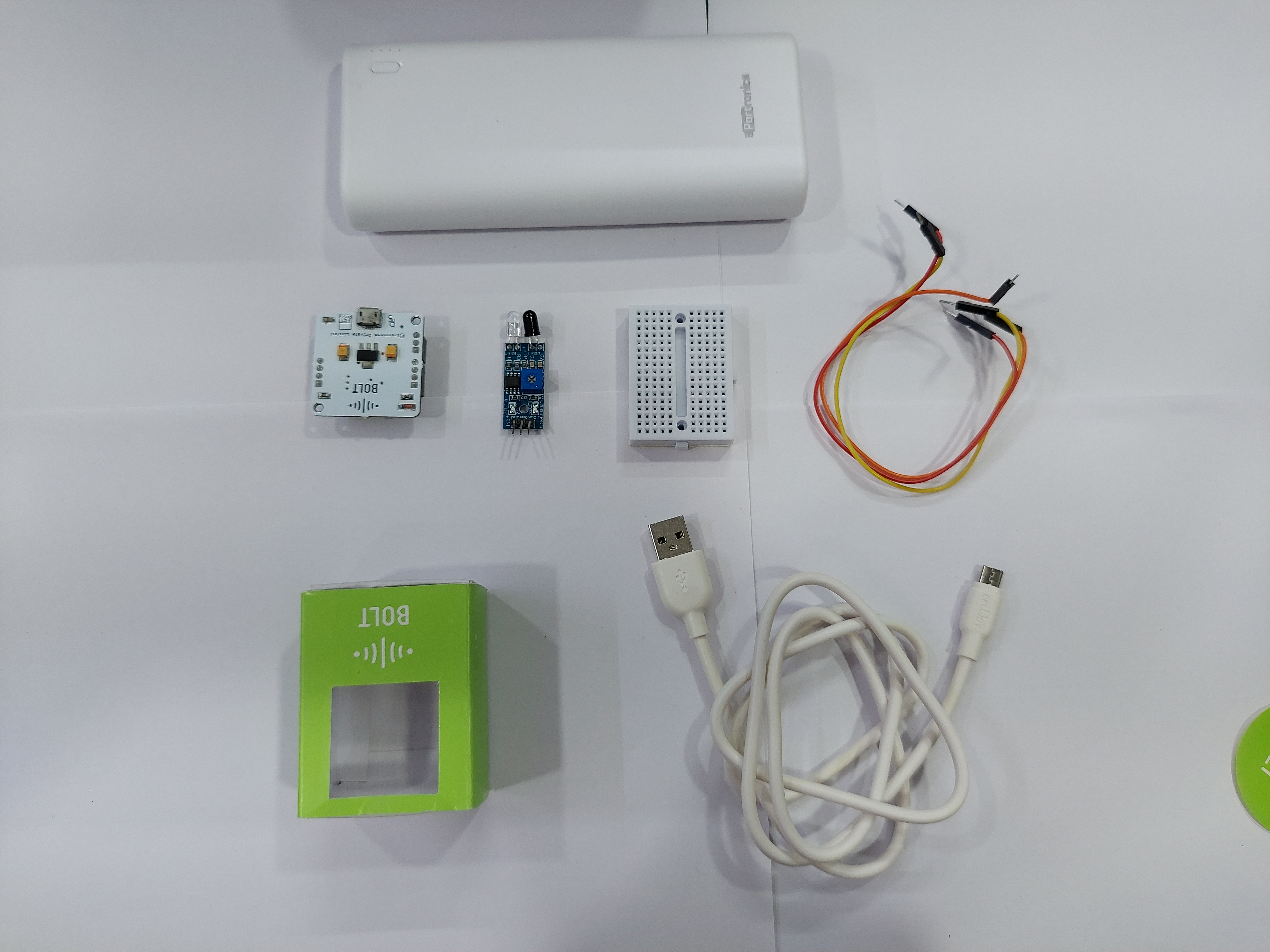 Most of the hardware components can be found in the Bolt IoT starter kit and digital components are relatively inexpensive.

An intrusion detection system monitors an area for malicious activity or privacy violations. These are reported to the person(s) whom it concerns via an alert system. It can protect your home/office by detection intrusion.

Our system utilizes machine learning to adjust the alert parameters and emails the concerned entities via Simple Mail Transfer Protocol.

Both IR sensors are capable to provide valid results for this experiment however, for anomaly detection, the TCRT5000 should work better than FC-51. The reason being that TCRT5000 can provide both analog and digital output depending upon the proximity of the object and the FC-51 sensor can only provide either HIGH or LOW output depending upon the detection and doesn't consider the proximity of the object.

While creating this project, I tried to purchase the TCRT5000 sensor but due to COVID-19 lockdown and restrictions on online shopping, I was unable to purchase it. So, I had to settle with an FC-51 sensor. Ideally, I should have used a TCRT5000.

I have written this and the code with compatibility of both sensors and either can be used without changing the code and connections.

Setting up the hardware 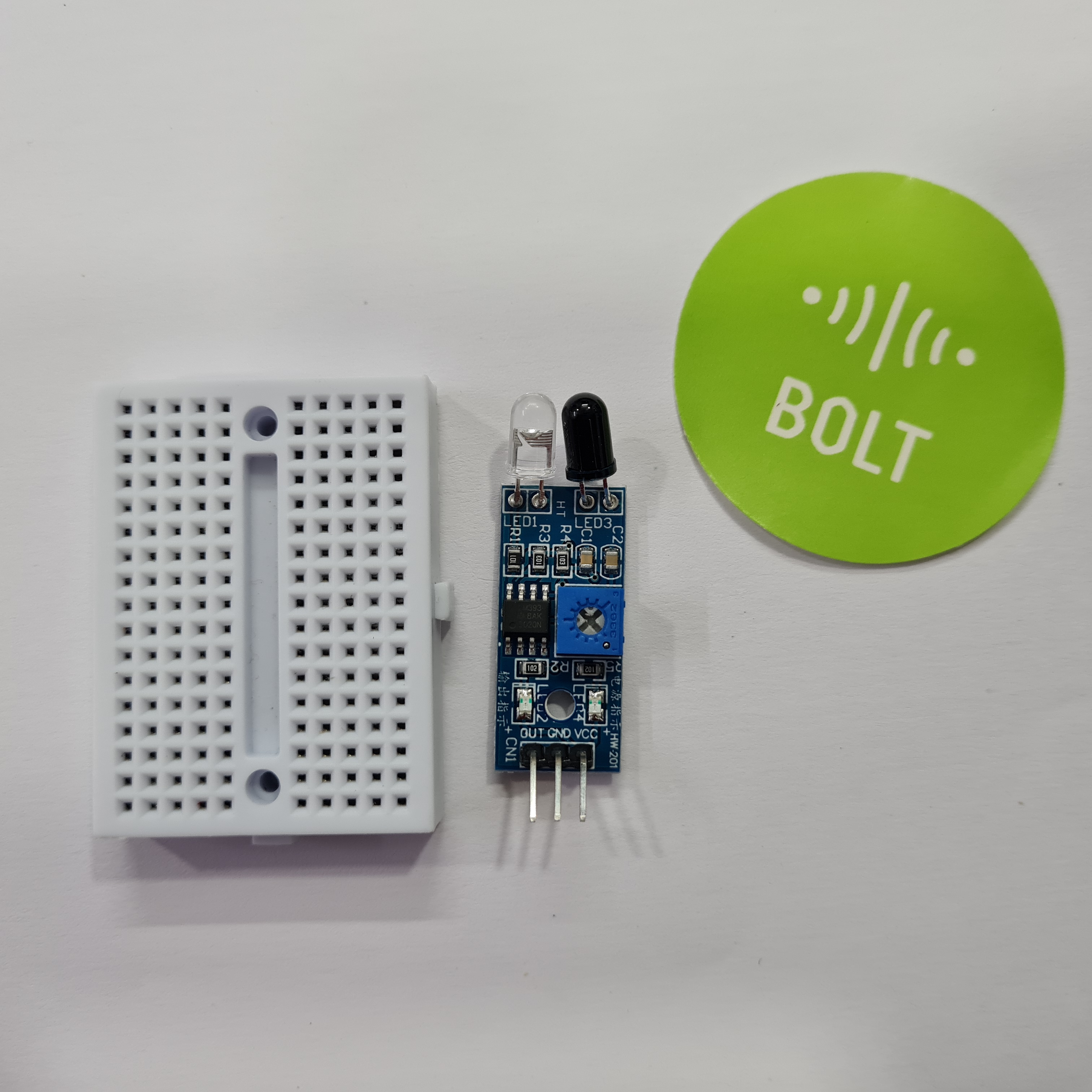 Step 2: Connect the male-male jumper wires to the corresponding pins on the breadboard. 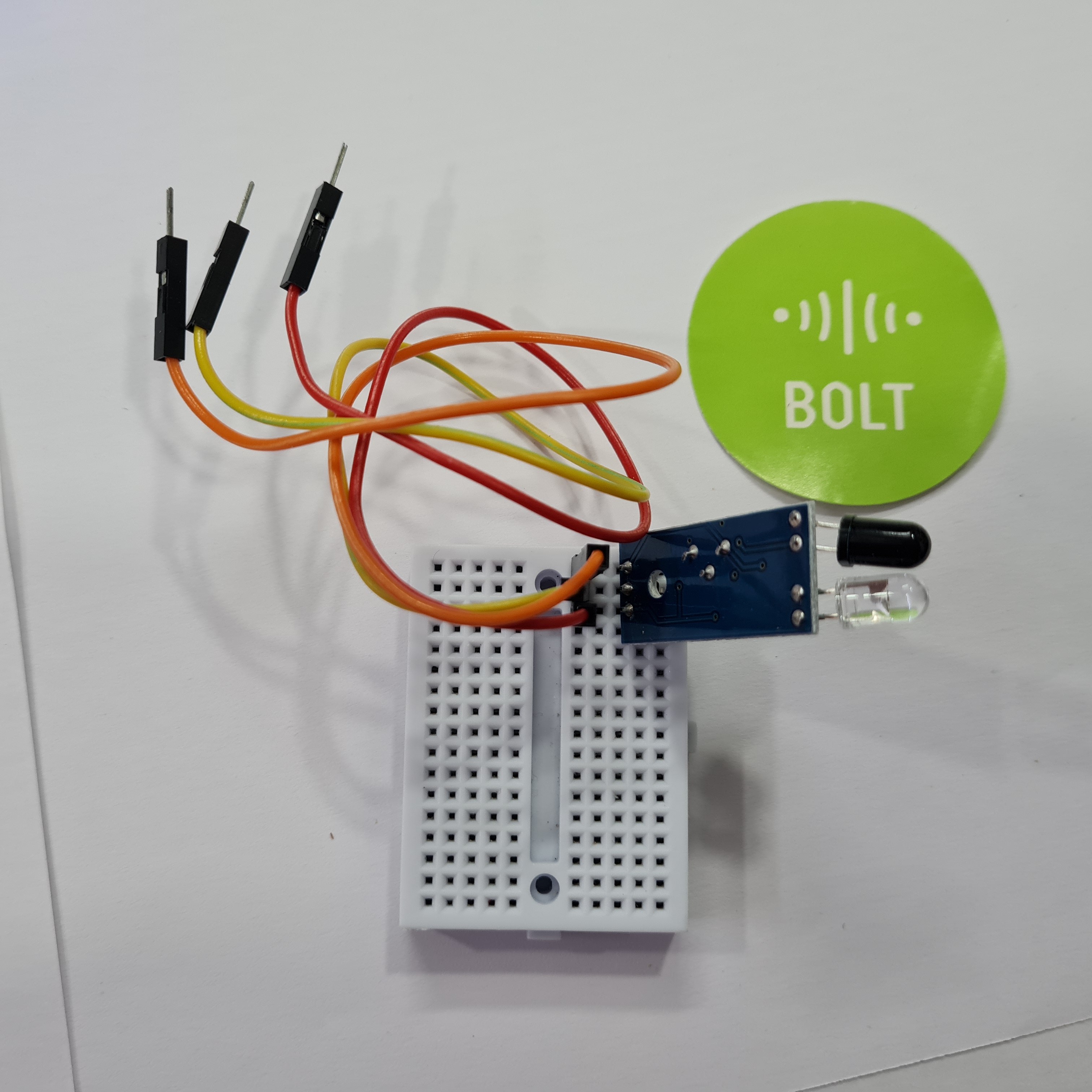 Step 3: Connect the other end of jumper wires to the Bolt module. Connection should match as: 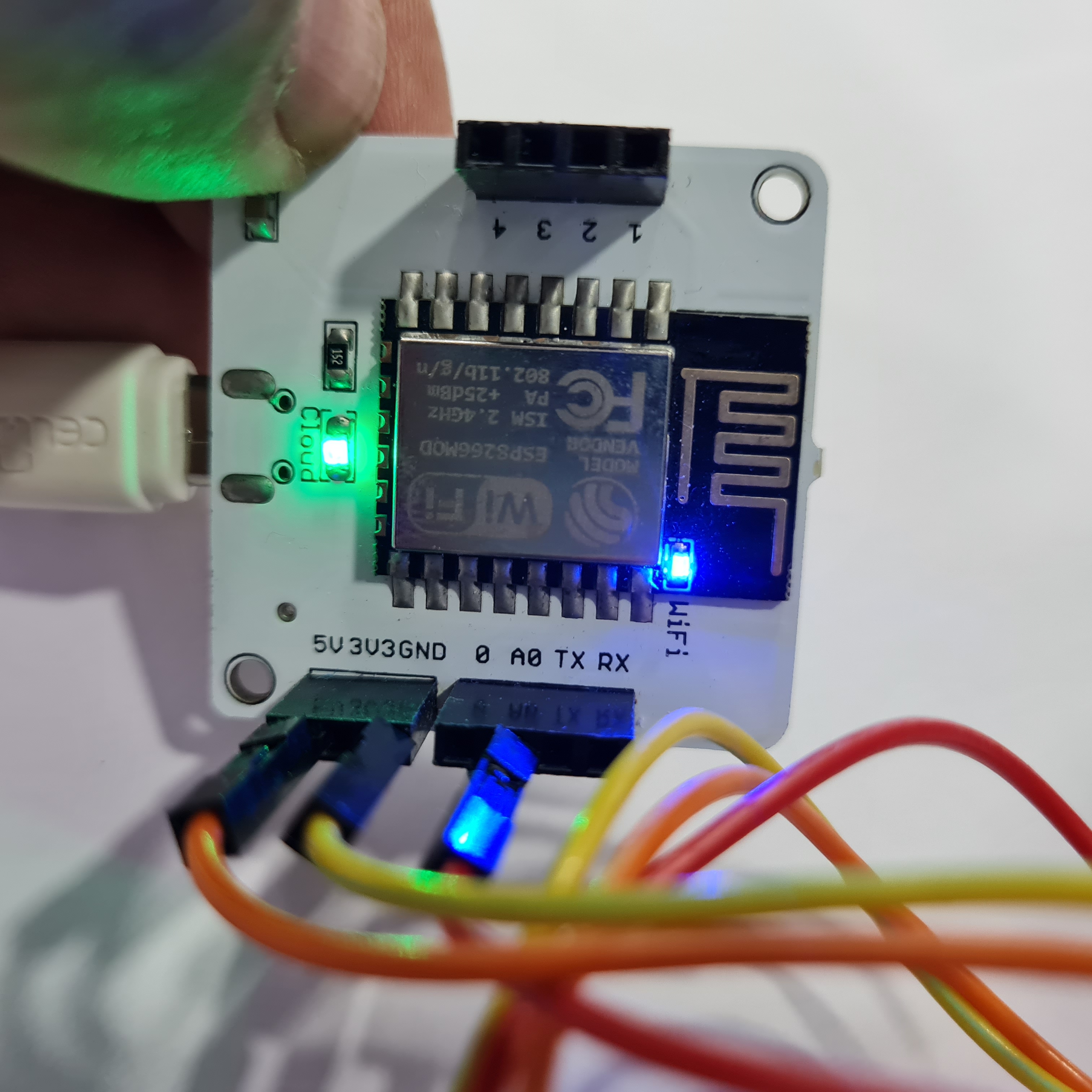 Step 4: Power on the bolt module via a power bank or direct connection of at least 5V.

Step 5: Verify connectivity on bolt module and connections. The IR sensor should show an LED for power and another LED may light up in case it detects some object in proximity. You may adjust the sensitivity by adjusting the potentiometer. 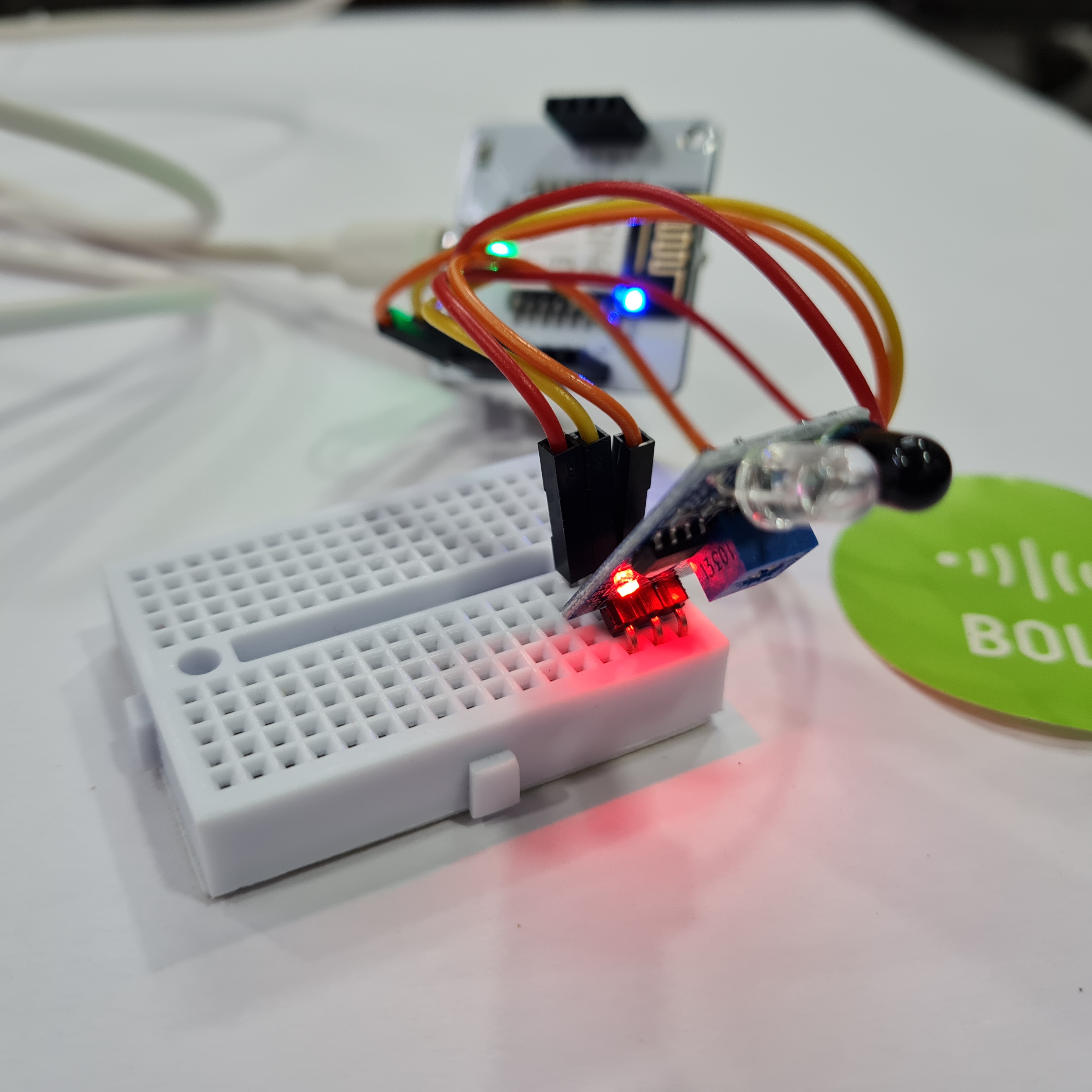 The code is written in the Python language and is coded to be suitable with both types of hardware described above. You will need to install Python which can be done easily (just google it if you don’t have it) and then install the Bolt IoT library via pip.

For deployment purpose, you will need a VPS for hosting the script and SMTP credentials for emailing. You may create a VPS via DigitalOcean or AWS and use Gmail credentials for sending emails (you should create a new Gmail account for this instead of using a personal account). However, if you are just trying the project, you may skip these and run on your PC.

Step 2: Assuming you already have python3 installed, run this command to install the Bolt IoT library

Step 3: Clone the git repository containing the code and navigate to it 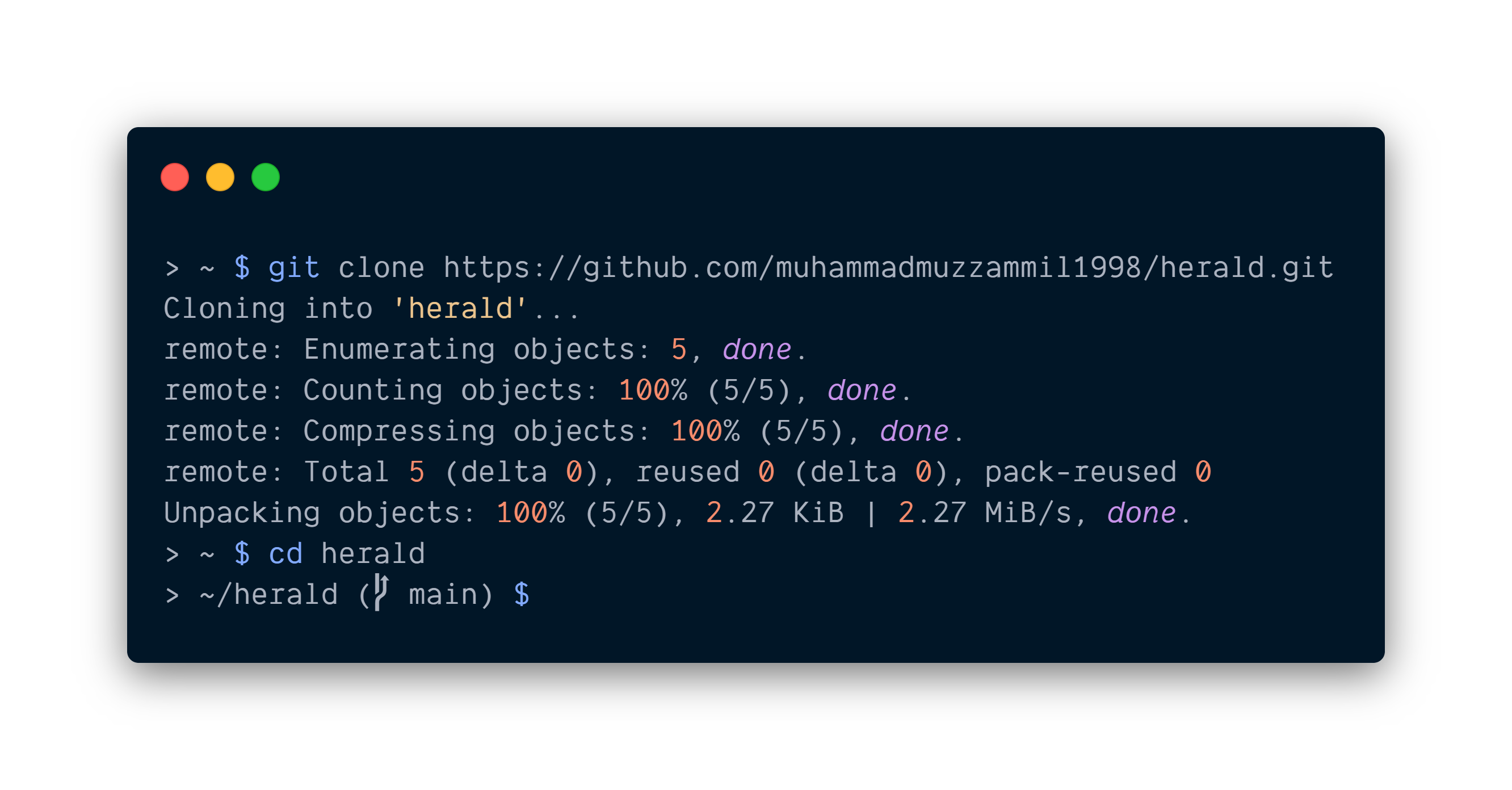 After cloning the repository, you have to edit the configuration file config.py as per your own configurations and requirements. The contents of config.py are used in the main code and have description along the line as well. 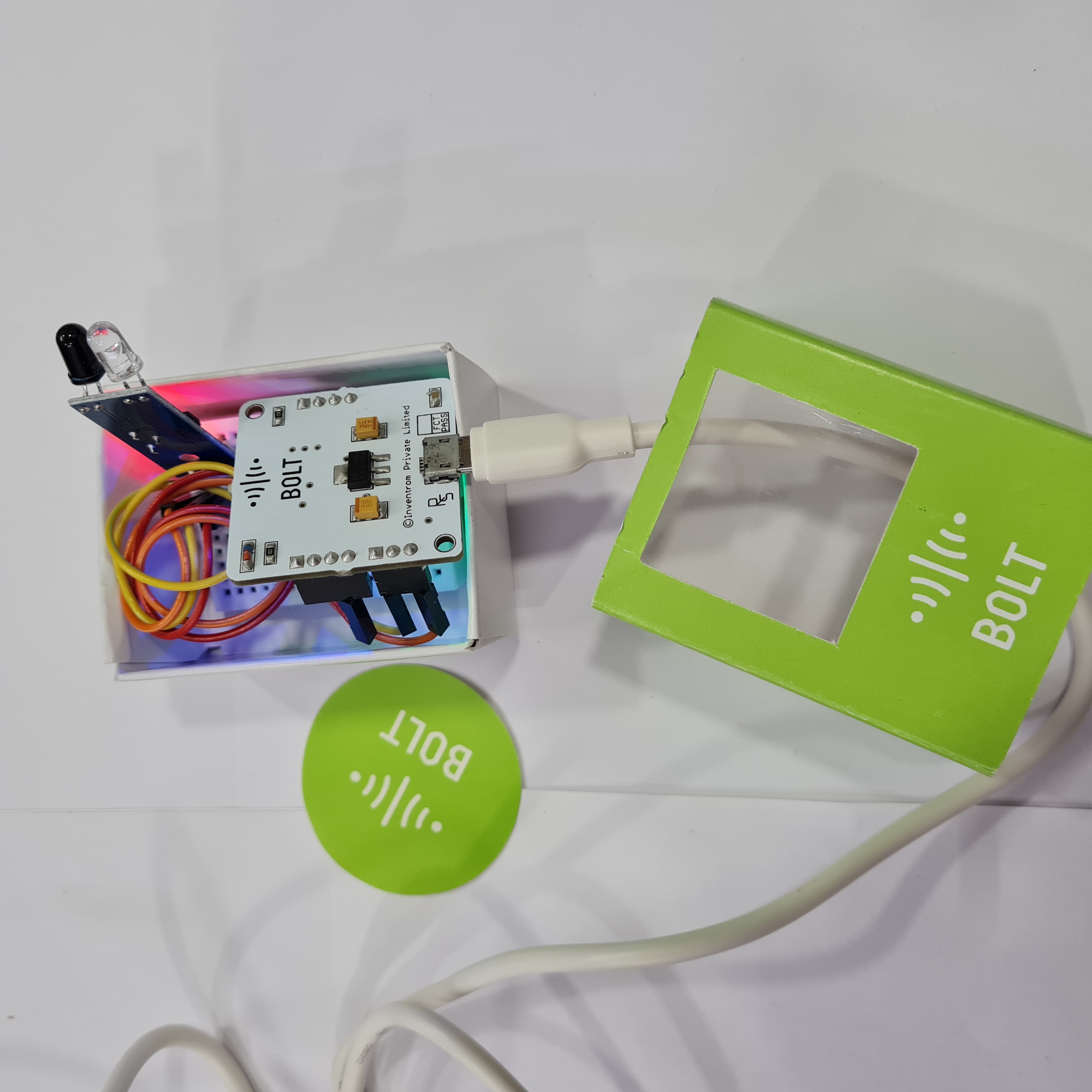 Ensure that you have correctly connected the pins as VCC to 5V, GND to GND, and OUT to A0.

Type the following command to start the program. Make sure your Bolt module is connected to the internet and cloud, as indicated by the blue and green LEDs on wifi module and LED on the sensor module. 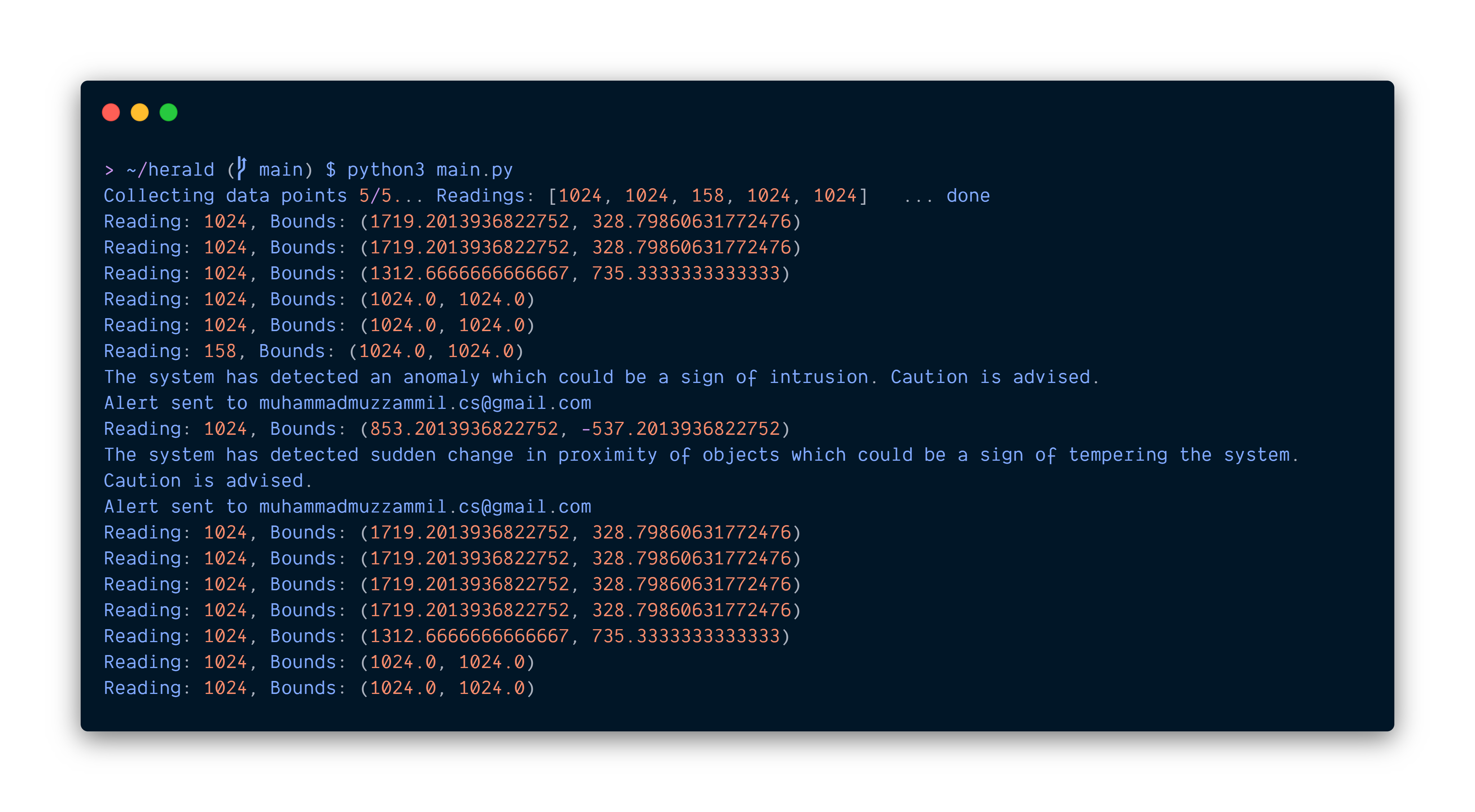 As you can see from the above output, an alert is sent when bounds changed. The bounds are calculated using Machine Learning so that minor object detection, such as curtain flowing in front, can be handled without triggering a false alert.

Bounds are calculated using z-score analysis for anomaly detection as: 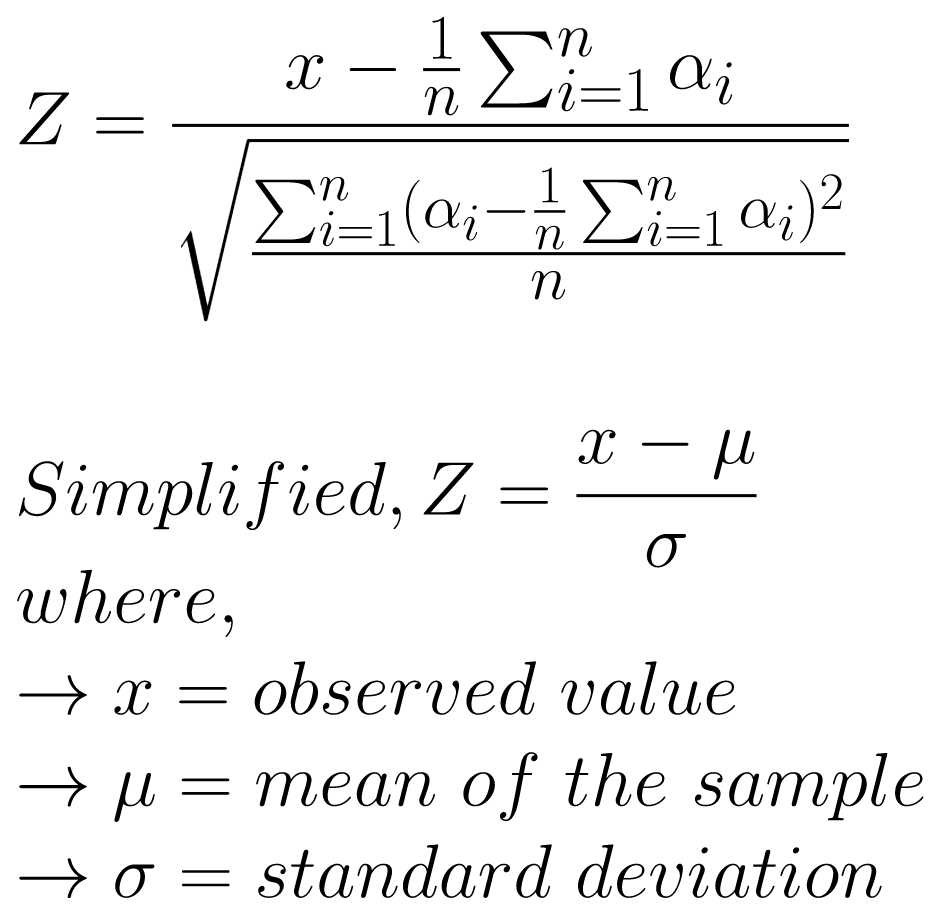 z_score function takes in the dataset, frame size, and the factor to adjust the boundary of the given curve. It returns the range in which the next data point should fall.

sensor_data takes in the pin to read from and returns the value read when successful. In case there is an error, the function also deals with it.

To ensure that we have sufficient data to generate boundaries for anomaly detection.

Why read analog instead of digital read?

The reason here for opting for analog is that the, as discussed earlier, I wished to build this with an advanced sensor but could not get my hands on it. Therefore, to be compatible with both sensors, I chose to read analog input. 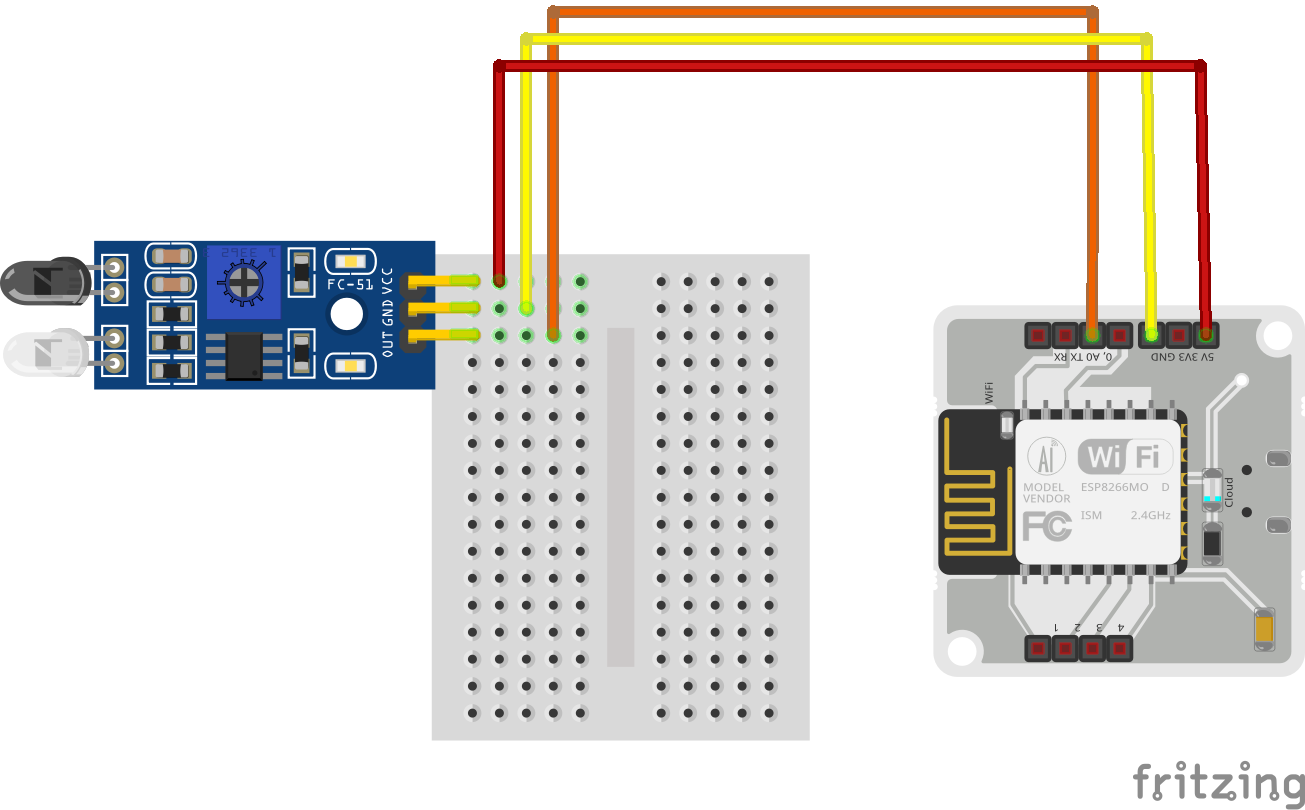 Add styles from famous paintings to any photo in a fraction of a second
20 September 2021
Realtime Face Anti Spoofing Detection with Face Detector to detect real and fake faces
06 September 2021
MONAI Deploy App SDK offers a framework and associated tools to design, develop and verify AI-driven applications in the healthcare imaging domain.
24 September 2021