Briefly, it’s like Shape Editor in Maya, but works with transforms and joints. It can be used to make complex facial rigs based on joints. It’s especially good for game engines and realtime graphics. 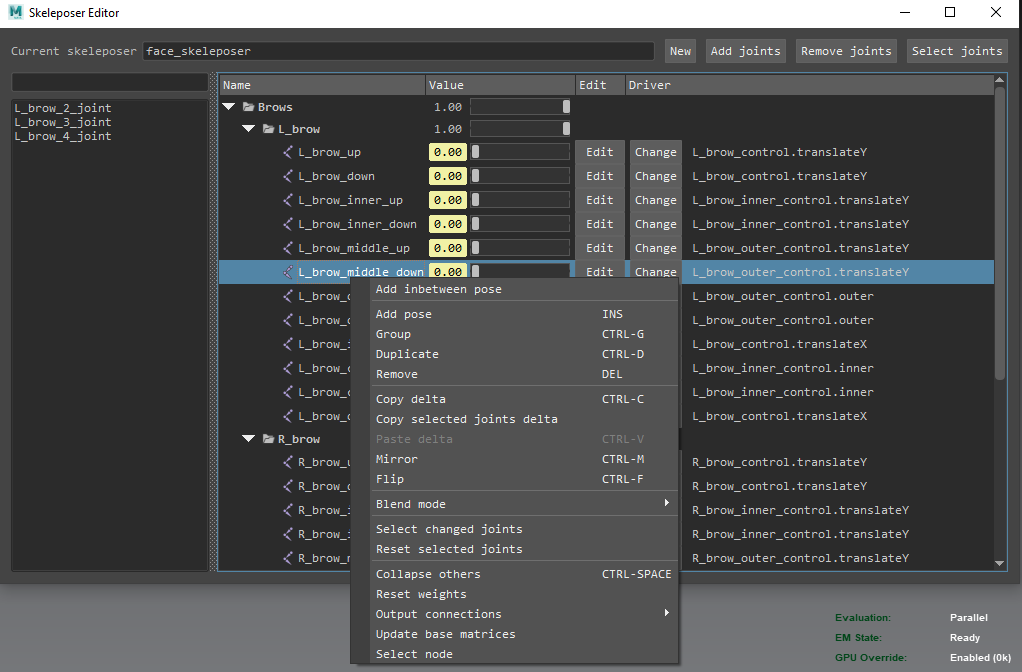 You create skeleposer node, make joints, add them to skeleposer and then work with poses. Then you connect controls to the poses and that’s done! In practice, you work with skinCluster and poses at the same time.

Skeleposer supports a lot of cool features that make the working process nice:

Actually the whole facial rig can be just as simple as a sequence of poses and correctives. Skeleposer can be transferred into another character as the topology doesn’t matter and initial bones positions can easily be adjusted without breaking the system.

You need Visual Studio and CMake.

Add skeleposerEditor folder to your scripts path and run the following: