Facebook PathPicker is a simple command line tool that solves the perpetual
problem of selecting files out of bash output. PathPicker will:

It is easiest to understand by watching a simple demo: 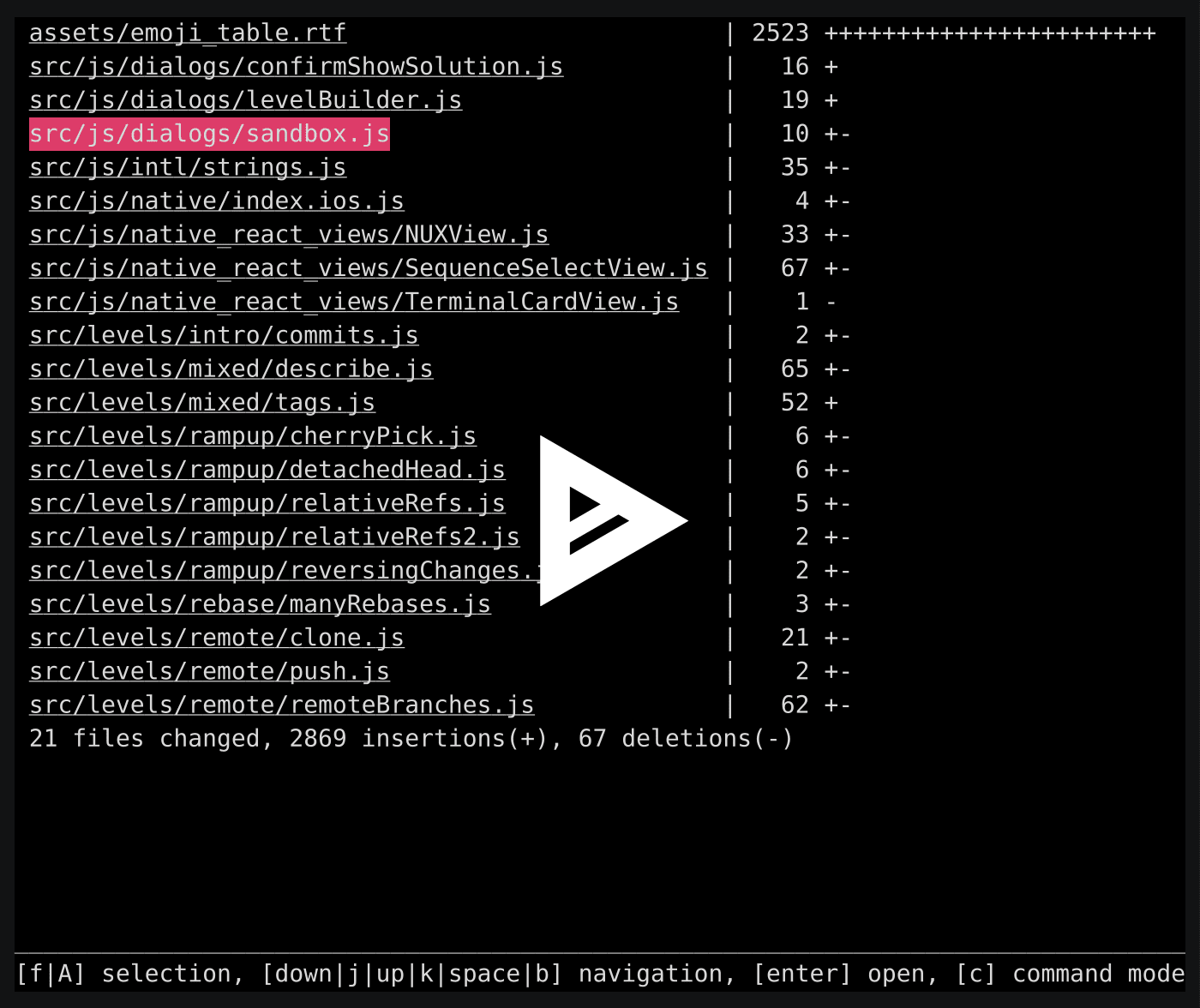 After installing PathPicker, using it is as easy as piping into fpp. It takes
a wide variety of input -- try it with all the options below:

and anything else you can dream up!

Installing PathPicker is easiest with Homebrew for mac:

On debian systems, installation can be done by installing the debian package from here. To build the package locally, run these steps:

On Arch Linux, PathPicker can be installed from Arch User Repository (AUR).
the AUR fpp-git package.

If you are on another system, or prefer manual installation, please
follow the instructions given below.

However if you're on a system without Homebrew, it's still quite easy to install
PathPicker since it's essentially just a bash script that calls some Python. These
steps more-or-less outline the process:

For tmux users, you can additionally install tmux-fpp which adds a key combination to run PathPicker on the last received stdout. It makes jumping into file selection mode even easier -- check it out here.

As mentioned above, PathPicker allows you to also execute arbitrary commands with the specified files.
Here is an example showing a git checkout command executed against the selected files: 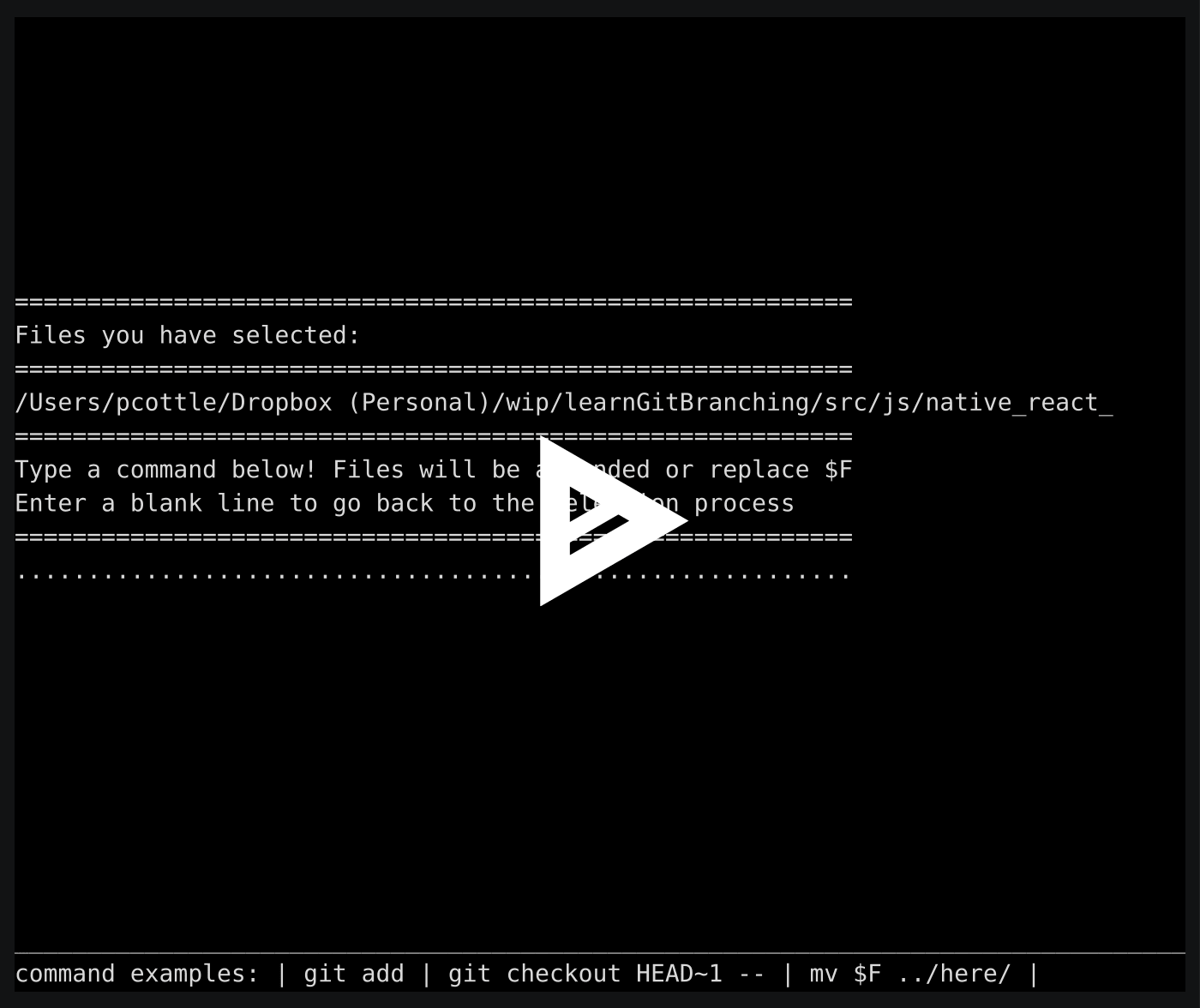 The selected files are appended to the command prefix to form the final command. If you need the files
in the middle of your command, you can use the $F token instead, like:

Another important note is that PathPicker by default only selects files that exist on the filesystem. If you
want to skip this (perhaps to selected deleted files in git status), just run PathPicker with the --no-file-checks (or -nfc for short) flag.

PathPicker is a combination of a bash script and some small Python modules.
It essentially has three steps:

This has the downside that files that are single words with no extension (like test) that are not prepended by
a directory will fail to match. This is a known limitation to PathPicker, and means that it will sometimes fail to find valid files in the input.

It's not the most elegant architecture in the world but (in our opinion) provides a lot of utility.

For all documentation and configuration options, see the output of fpp --help.

See the CONTRIBUTING file for how to help out.

A Fast, Extensible Progress Bar for Python and CLI.
14 May 2021
an an end-to-end MLOps platform that enables individuals and organizations to quickly develop, train, and deploy Deep Learning models.
12 May 2021
Command-line tool to deduplicate mails from a set of boxes.
09 May 2021