Specialist supports CPython 3.11+ on all platforms.

Most of the time, quickening involves three phases:

Specialist aims to provide insight into this process for the maintainers of CPython itself, as well as for users seeking an optimization profile for their own code.

Suppose we have the following source file, conversions.py, which contains some utilities and tests for converting between Fahrenheit and Celsius:

We can run this file with CPython 3.11 from the command-line using specialist:

After the script has finished running, specialist will open a web browser and display the annotated program source: 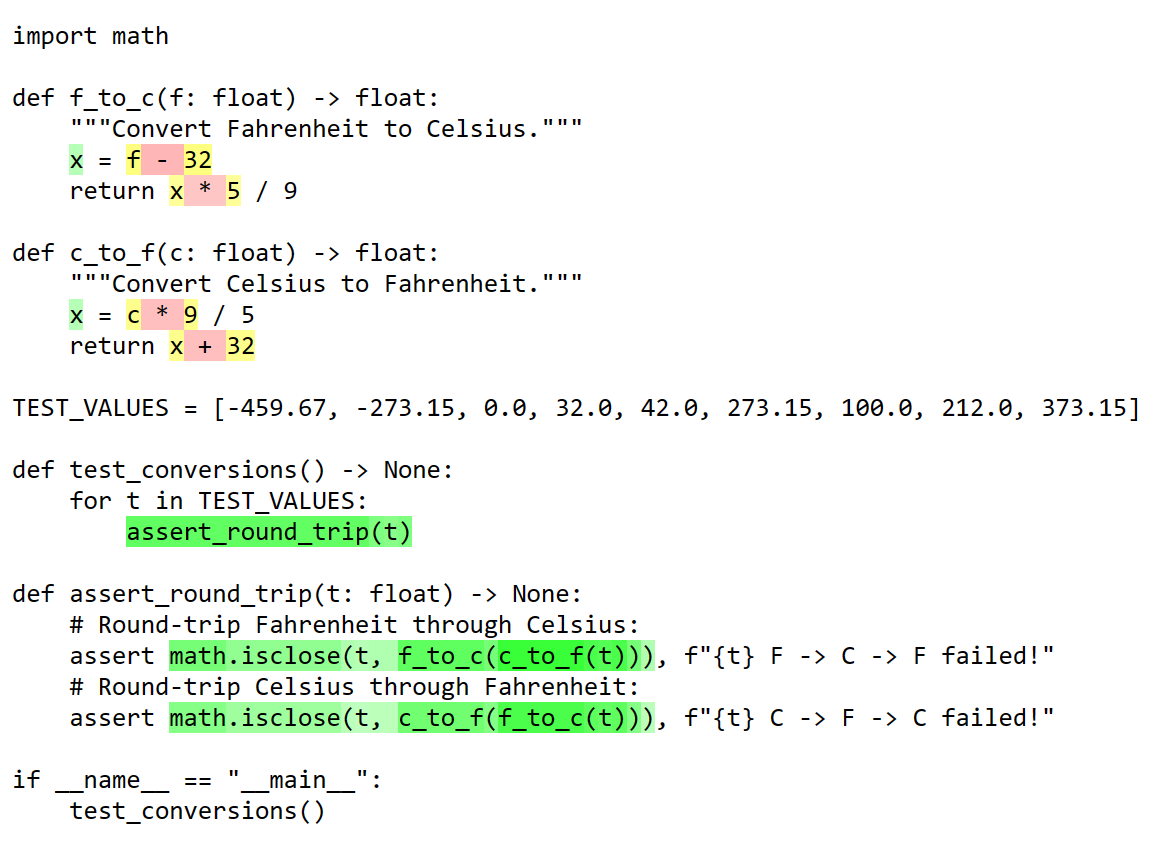 The green areas indicate regions of code that were successfully specialized, while the red areas indicate unsuccessful specializations (in the form of “adaptive” instructions). Mixed results are indicated by colors along the green-yellow-orange-red gradient, depending on the ratio of successes to failures. Regions of code that don’t contain any attempted specializations are left white.

Focusing on f_to_c and c_to_f for a moment, we can see that CPython is failing to specialize addition and subtraction by 32. It doesn’t currently specialize binary operators between mixed float and int values, which is exactly what the code here is doing.

It can, however, specialize addition and subtraction between two float values! Replacing 32 with 32.0 results in successful specializations (confirmed by re-running specialist): 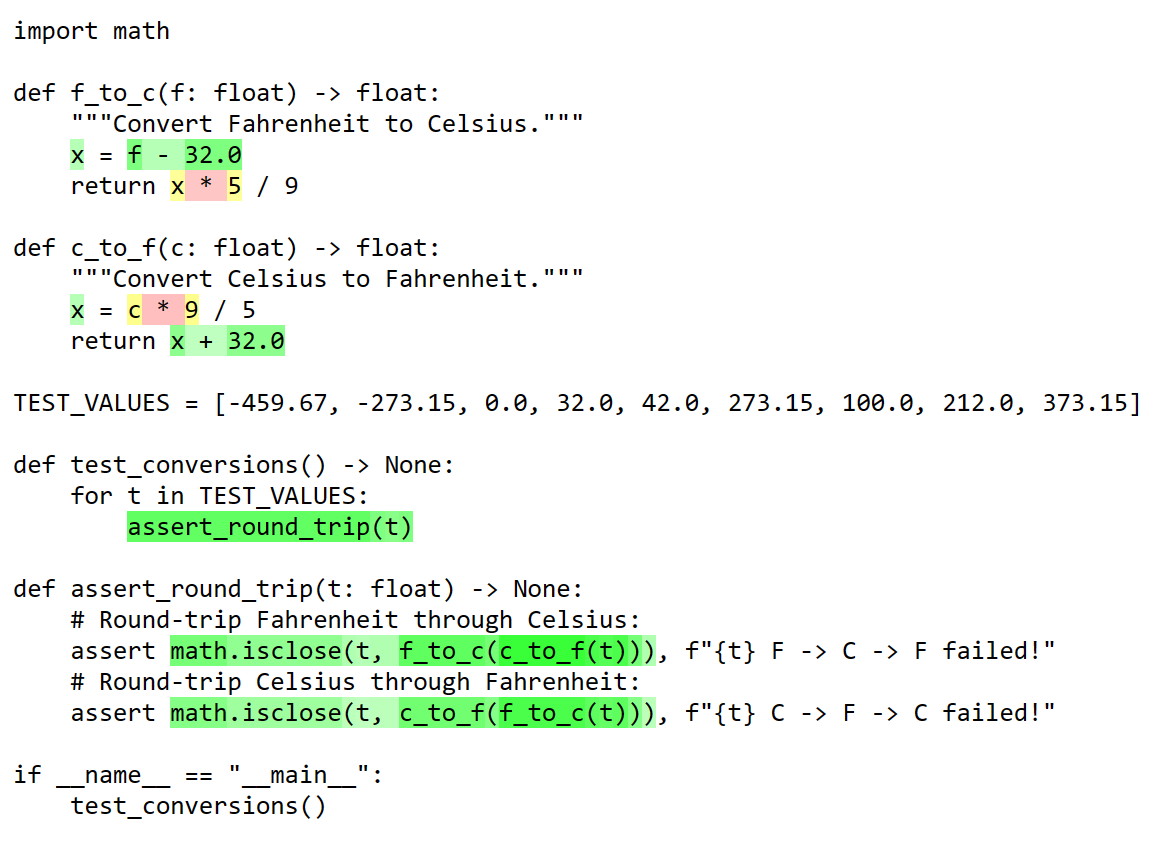 We can see that something similar is happening with float and int multiplication as well. One option could be to continue converting constant values to float: 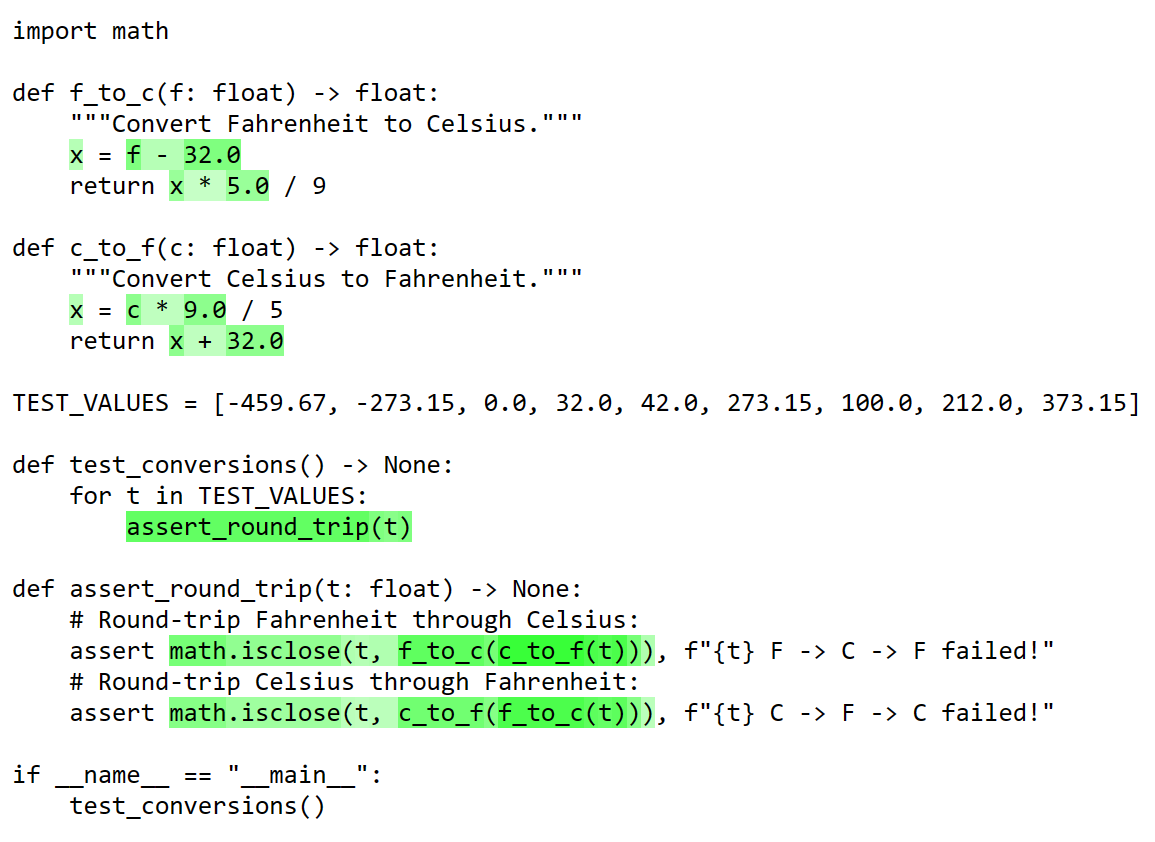 However, there’s a better option! Notice that CPython doesn’t attempt to specialize division at all (it’s left white in the visualization). We can take advantage of CPython’s constant folding optimizations by slightly changing the order of operations, which allows our scaling factors (5 / 9 and 9 / 5) to be computed at compile-time. When we do this, CPython is able to implement our converters entirely using native floating-point operations: 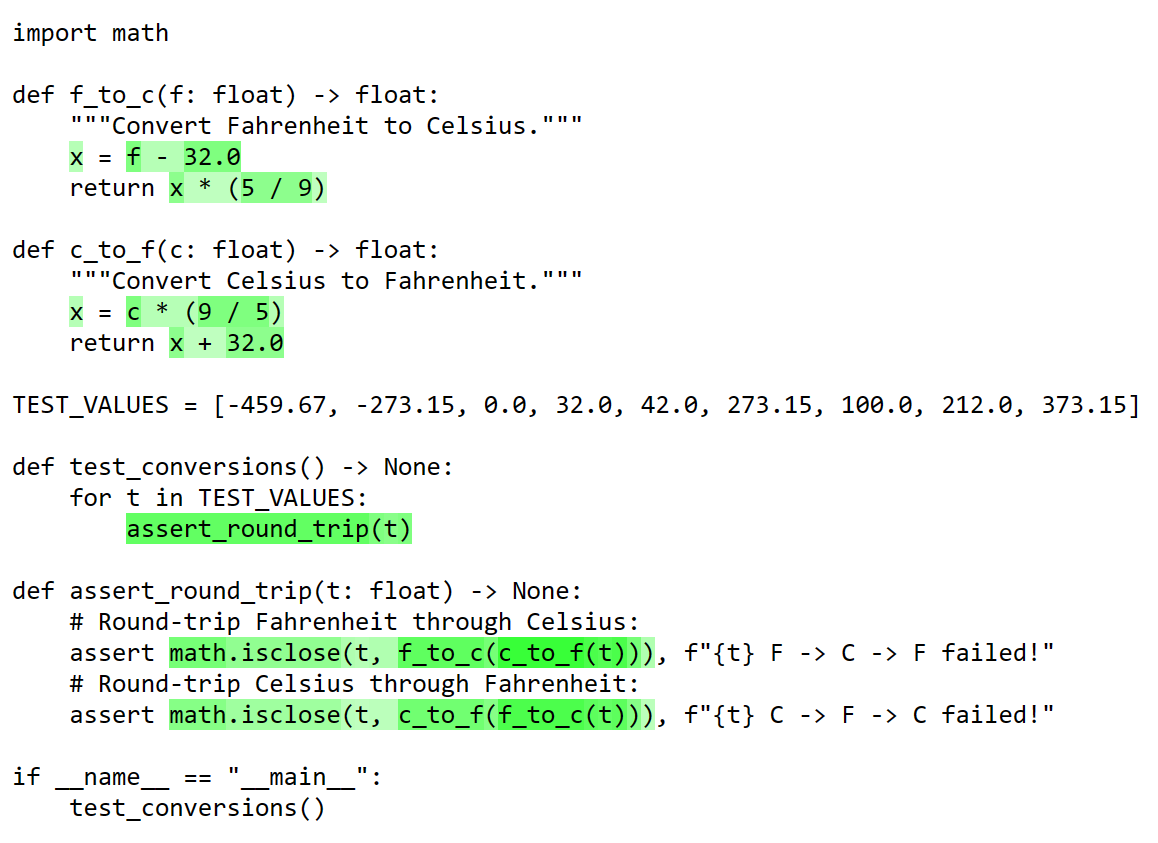 A few notes on the remaining code:

Like python itself, specialist can run code a few different ways. It can be given a file path:

Or a module name

It also has a -t/--targets option to support discovery of arbitrary “target” files to analyze after the script completes. This is useful if the script being run is different from the code you want to visualize:

Use blue (rather than green) to indicate specialized code. Some users may find a blue-purple-pink-red gradient easier to read than the default green-yellow-orange-red one.

Use light text on a dark background. Some users may find a dark scheme makes them feel cooler than the default light one.