whiteboxgui is available on PyPI. To install whiteboxgui, run this command in your terminal:

whiteboxgui is also available on conda-forge. If you have
Anaconda or Miniconda installed on your computer, you can create a conda Python environment to install whiteboxgui:

The whiteboxgui provides a Graphical User Interface (GUI) for WhiteboxTools in a Jupyter-based environment, which can be invoked using the following Python script. You can also try 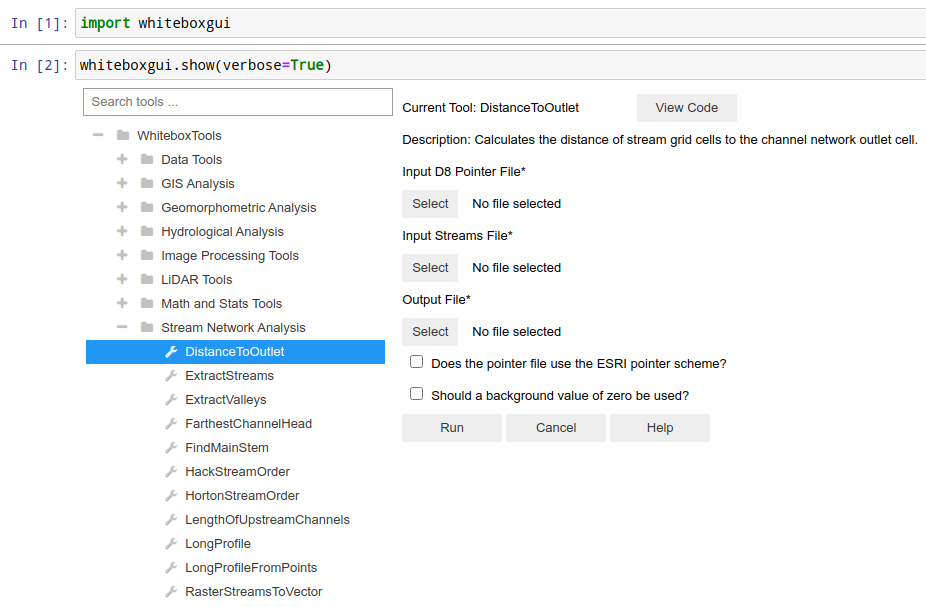 Textual is a TUI (Text User Interface) framework for Python using Rich as a renderer.
10 June 2021
Visage Differentiation is a GUI application for outlining and labeling the visages in an image.
09 June 2021
A GUI-based audio player with support for a large variety of formats, able to play from web-hosted media platforms such as YouTube
04 June 2021